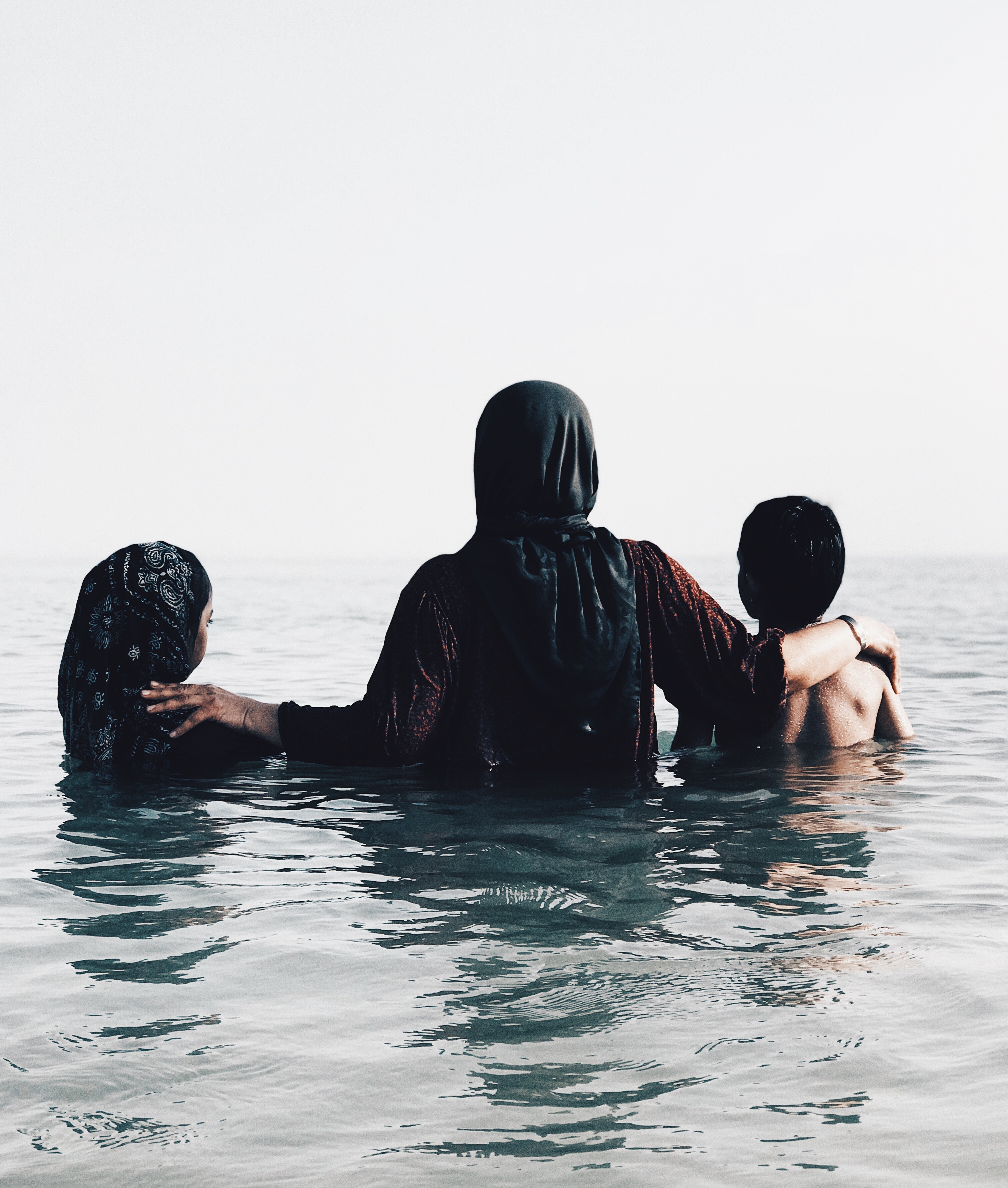 Environmental catastrophes in southern Africa and in the US mid-west underscore the fact that life-threatening damage from capitalist-induced climate change is happening already.

Hundreds died as a result of the cyclone in Mozambique and elsewhere, where the resultant flooding has caused an “inland sea”. Record flooding in Nebraska and elsewhere has caused multi-million-dollars of destruction, and more flooding is anticipated. Native communities in South Dakota have been particularly hard hit, with industrial and other waste contaminating drinking water sources. https://www.nationofchange.org/2019/03/26/pine-ridge-reservation-flooding-highlights-massive-implications-of-climate-change-on-native-american-communities/

Things are getting worse, despite the Paris Accord, with or without Trump and the US. Tim Radford of Climate News Network reports British meteorologists warning that although 2018 broke all records for greenhouse gas emissions, 2019 will see even more carbon dioxide added. https://climatenewsnetwork.net/human-carbon-emissions-to-rise-in-2019/

Some point to the “Green New Deal” introduced by Ocasio-Cortez and Markey as the answer. Apparently it has been rendered DOA as far as Congress is concerned, via a “stunt vote” by Mitch McConnell in the Senate. But the impact of US economic and military actions around the world, make it clear more than a “new deal” is needed, that decolonization and demilitarization are central to overcoming global climate injustice.

As the Indigenous Environmental Network has pointed out, the Green New Deal leaves much to be desired. “The IEN applauds the Green New Deal resolution for its vision, intention, and scope. … From sea level rise to loss of land, Indigenous frontline communities and Tribal nations are already experiencing the direct impacts of climate change, and we are encouraged to see these congressional leaders … help Indigenous communities and Tribal nations protect their homelands, rights, sacred sites, waters, air, and bodies from further destruction.

“However, …we remain concerned that unless changes are made…, the Green New Deal will leave incentives … to continue causing harm to Indigenous communities…. the most impactful way to address the problem is to keep fossil fuels in the ground. We can no longer leave options for the fossil fuel industry to determine the economic and energy future of this country. Until the Green New Deal can be explicit in this demand and close the loop on harmful incentives, we cannot fully endorse the resolution.” http://www.ienearth.org/talking-points-on-the-aoc-markey-green-new-deal-gnd-resolution/ 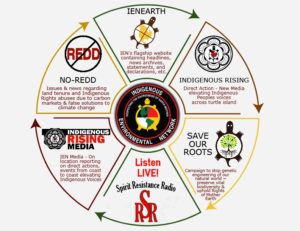 1: Its goal of “net-zero emissions” implies the use of “carbon accounting” including carbon pricing systems and/or Payments for Ecological Services. This provides opportunity to fossil fuel industries to continue extraction and combustion. Geo-engineering technologies like Carbon Capture Sequestration can be claimed as producing net zero emissions as well as “building green infrastructure.” Carbon trading allows polluters to buy and sell permits to pollute, and privatizes the air that we breathe.

Indigenous people worldwide  pay a heavy price for US practices. US imperialism continues to have primary responsibility for damage to the climate. According to the Univ. of Michigan, in 2018, 80% of the energy consumed in the US came from oil, gas, and coal. Only 11% came from  so-called “renewables”;  40+% of that was biomass, which requires a large amount of land  and energy to produce and still causes carbon emissions. And that doesn’t include all the US-destined production and energy consumption that has been off-shored to low-wage countries.

According to PopularResistance.org, “The US is the largest crude oil producer in the world. This week, Mike Pompeo met with oil and gas industry executives to remind them of their role in fueling wars to control the world’s oil. Bill Van Auken reports, ‘Pompeo’s speech provided a blunt description of US predatory aims across the planet that involve the interests of  [its] energy conglomerates.’ [Pompeo] was open about US imperialist aims regarding oil in Iran and Venezuela.”

The US military is responsible for the worst and most widespread pollution on earth, yet this goes unreported by corporate media and unaddressed by US environmentalists. It wasn’t the focus of restrictions at the UN Climate Change Conference. Global operations of the US military (wars, interventions, over 1000 bases around the world and 6000 facilities in the US) aren’t counted against US greenhouse gas limits. According to Steve Kretzmann, director of Oil Change International, “The Iraq war was responsible for …more than 60% [of the emissions as] that of all countries. . . . [M]ilitary emissions abroad are exempt from national reporting requirements under US law and the UN Framework Convention on Climate Change.” https://www.projectcensored.org/2-us-department-of-defense-is-the-worst-polluter-on-the-planet/

So people in the US must struggle to keep hydrocarbons in the ground, resist US militarism, and uphold the sovereignty of indigenous people. This includes offering concrete alternatives, like the Mutual Aid centers in Puerto Rico, or the clean water programs supported by Puerto Ricans in Action here in L.A. https://www.facebook.com/PuertoRicansInAction/, to recovery efforts controlled by US NGOs and the military.  Puerto Rico is as damaged, ongoing, by US colonialism and disaster capitalism, as by Hurricane Maria. That’s why the Puerto Rican Federation of Teachers, in the documentary “Lucha Si!” and in their daily organizing, make it clear that decolonization and Puerto Rican sovereignty is the solution to the privatization of schools being imposed under the colonial government’s austerity programs and the US-imposed “PROMESA” financial junta that controls the island nation’s finances in order to prioritize repayment of debt to vulture capitalists. On the occasion of getting the PR Dept. of Education to reverse the closing of several schools, Mercedes Martinez, the union president, said ,”Everything is possible, if we fight. More than ever proud to have been arrested with 20 comrades for defending public education.” https://www.facebook.com/federaciondemaestrosdepuertorico/posts/2049249715309763

Similarly, to respond to the devastation in Africa, we must support self-determined grassroots efforts. More than 1.5 million people have been affected across the three Southern African countries, Mozambique, Zimbabwe and Malawi. The Chimanimani district in Mozambique has been cut off  by torrential rains and winds that swept away roads and bridges knocking out power and communication lines. Global Citizen offers specific ways to help victims, as well as general guidelines for providing conscientious assistance to formerly colonized peoples. See https://www.globalcitizen.org/en/content/how-to-help-victims-cyclone-idai/ and https://www.globalcitizen.org/en/content/all-hands-all-hearts-resilient-response/

Decolonization as central to the struggle for sustainability and climate justice goes well beyond the current Green New Deal resolution. As eco-socialists in the Democratic Socialists of America acknowledge in their paper on an eco-socialist Green New Deal,  we must “demilitarize, decolonize, and strive for a future of international solidarity.”

They call for abandoning global military domination, and building consensus throughout the Global North for de-carbonization that outpaces less-industrialized countries, who have contributed the least to and are suffering the most from global warming. The US, they propose, should welcome refugees, share life-saving technologies freely, and provide mitigation resources requested by peoples in the Global South. https://portside.org/2019-03-16/ecosocialist-green-new-deal-guiding-principles

Their proposal continues, “Recognize the sovereignty of Indigenous peoples… Accept the decisions of Indigenous communities regarding future green infrastructure projects that impact their lands…. Remove US military presence around the world; end military aid and arms exports; and demilitarize our borders.”

This is a step forward, along with acknowledging that we must solve the climate crisis and the inequality crisis together. “Climate remedies in the context of austerity will produce a popular backlash…. Ineffectual gradualism and corporate obedience … has proven to be a dead-end for humanity. We need rapid, systemic transformation that heals the stratification of wealth and power while putting de-carbonization and justice at the forefront.”

Unfortunately, this same anti-colonial, anti-racist and anti-militarist orientation is not necessarily reflected in local implementation plans. The DSA-LA resolution on an eco-socialist Green New Deal in Los Angeles talks about “green jobs” and a bit about integrating work around housing and homelessness, and around immigration issues, but doesn’t use an anti-colonial or anti-racist lens, and is silent about issues of militarism, local military-industrial complex industries or extractivism. https://www.dsa-la.org/ecosocialist_green_new_deal

There is a strong need to sharpen up such proposals so that the axiom, “think globally, act locally” doesn’t liquidate the essential role of the military and colonialism in creating the current crisis, or the role of self-determination and conscious solidarity in overcoming it. A truly eco-socialist approach would take on militarization of the police and the border, the toxic conditions in prisons, and related issues to help explain why we need to end capitalism and colonialism, not cut a deal to give them a new lease on life. Capitalism kills — its life is our death.

One positive aspect of the local proposal is that it does identify the need for mutual aid projects as a basis for organizing. As the threat of climate change increasingly becomes the deadly reality, we cannot afford to leave survival to the right-wing or racist survivalists. The left must step up to promote anti-racist collective common solutions in the process of uprooting and replacing the system that is to blame. “Survival pending revolution” was the basis for the Black Panther Party survival programs, and such efforts are needed more than ever today, to hasten the day when massive reforestation and restoration of grasslands and wetlands destroyed by capitalism and colonialism can begin to restore the natural carbon cycle. To de-carbonize, we must de-colonize.

Michael Novick is a long-time anti-racist and labor activist and a member of the local station board of KPFK 90.7FM in Los Angeles. Versions of this article have appeared in Turning The Tide: Journal of Inter-communal Solidarity from Anti-Racist Action LA, PO Box 1055, Culver City CA 90232 (www.antiracist.org) and in Change Links Community Calendar & Progressive News, PO Box 34236, Los Angeles CA 90034 (www.change-links.org). He can be reached at [email protected]