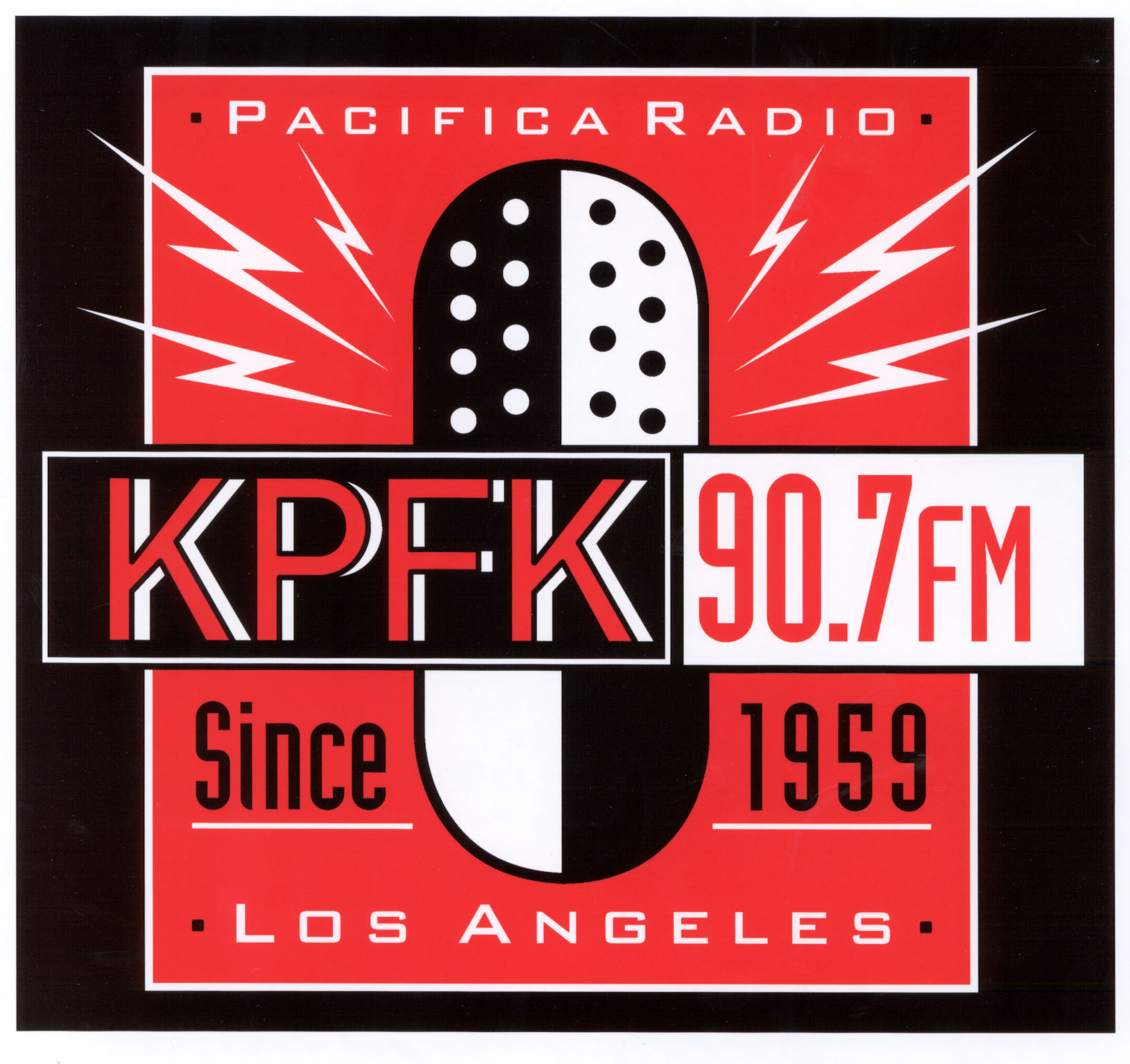 KPFK and Pacifica in Peril

Some people are advocating cutting off donations to KPFK and Pacifica, in particular to support the claims and efforts of New Day Pacifica. This is a counter-productive and destructive proposal. Whether due to such efforts, donor fatigue at the constant requests for funds, or the impact of the pandemic and the economic crisis, fundraising at KPFK is not keeping up even with the station’s reduced expenses. KPFK and Pacifica need and merit our support to rebuild their independence and impact as democratic media of free speech, non-commercial listener-sponsored community radio. With your support they can fulfill their potential as a platform for peace and justice, providing information, debate, advocacy, critical analysis and cultural expression unobtainable elsewhere on the broadcast spectrum.

Their potential is great, despite constant efforts even from within to circumscribe the content that airs, and effective sabotage by elements within Pacifica committed to “rule or ruin.” That ruination is a serious possibility that must be prevented. The Executive Director of Pacifica, Stephanie D. Wells has been seriously discussing “options” with the local and national board such as swapping KPFK’s signal, turning it into a repeater station, or declaring bankruptcy. The way to forestall such calamitous “options” is for a massive influx of membership committed to airing anti-war and anti-racist voices. People from like-minded organizations, ranging from the ACLU to Black Lives Matter, the Palestinian Youth Movement, Jewish Voice for Peace, the Unitarians and Quakers, Nefesh and CAIR, Nikkei Progressives and the American Indian Movement need to add a membership in KPFK to their commitments.

Everyone hates factionalism. But there is a great deal of documentation over the years for the charge that the New Day Pacifica proposal was put forward by partisans of breaking up Pacifica. They have organized a political base, mainly within the Democratic Party, to push for their plans and goals. Advocates at KPFA in Berkeley and KPFT in Texas had both set up independent foundations with the intent of inheriting or capturing the assets of Pacifica in their areas if it dissolved. The Berkeley folks have repeatedly talked about “triage” of what they think of as “the weaker stations.” Bill Crosier in Texas was directly involved in the illegal shutdown and takeover of WBAI in NY, piping in “Pacifica Across America” (mainly programs from KPFA and KPFK) in place of the locally produced programming there, right in the middle of the station’s on-air fall fund drive. Now Donald Goldmacher and his supporters on the KPFA local station board have supported a challenge to the FCC license for WBAI, necessitating Pacifica to spend money on legal fees, as has also happened with prior litigation by the same forces. Backers of New Day at KPFK improperly used the station’s mailing list to solicit funds from KPFK members to fund their lawsuits against Pacifica!

There have been two well-financed and professionally-slick efforts (unsuccessfully) to change the Bylaws of Pacifica to eliminate elected local oversight. These resulted in great expense to Pacifica, and even illegally used KPFK’s own membership list to solicit funds for a lawsuit against Pacifica if they lost. Proponents used on-air paid staff hosts to vilify elected governance in general and to promote New Day as the answer.

Crosier, for example, repeatedly argued in favor of declaring bankruptcy as the way to deal with Pacifica’s debts. This would have cost tens or hundreds of thousands in attorney’s fees and still not saved any money, since Pacifica’s debts and liabilities are far exceeded by its assets — if they were broken up and monetized. Instead, the National Board got a loan (sub-prime, but still at a lower interest rate than that being charged on its existing debt at the time), negotiated a settlement with the real estate trust in NY that was owed most of the money that reduced the amount owed substantially, and has since paid off about a half-million of the resulting $3.2 million loan, and has paid the interest, allowing an extension. The principal has since been paid down, and another extension is in the offing. Similarly the Board refused to go along with the shutdown of WBAI backed by Crosier and Jan Goodman and their allies in Berkeley, and a court ordered that the shutdown and takeover be reversed. Now the forces that targeted WBAI are trying to do the same to KPFK by trying to sabotage fundraising efforts here, and turn it into a repeater station of KPFA content, or swap its powerful signal for a weaker one from KPCC and a lot of cash.

Pacifica has been in poor financial shape for years, partly due to the loss of Corporation for Public Broadcasting community service grants. KPFK lost its grant back when Alan Minsky was the long-time “interim” program director, when after three years of probation by the CPB, the station still failed to increase its membership or financial support to the necessary minimum levels, and was disqualified by the CPB. Minsky had guaranteed that providing a five-day-a-week strip program to Ian Masters and Sonali Kolhatkar among others, would do the trick, but it failed to do so. As fund drives got longer and longer and more frequent to pay the increasingly large payroll, local and live programming was dropped in favor of pre-recorded syndicated material, and more critical and radical voices were silenced, listeners started tuning out and not coming back when the drive was over.

When Eva Georgia had been GM earlier, bringing back an eclectic mix of community based programming, including some of the programmers of color who had been “banned and fired” by previous management attempts to whitewash the airwaves, KPFK was able to raise $1 million from listeners in ten days to two weeks of on-air fundraising, three times a year (a balanced  budget of about $3.5 million including other funding like occasional grants, bequests and car donations). [Compare that to KPCC, which has a budget of $24 million plus, about 8 times as much, from listener donations, lots of corporate underwriting and a CPB grant.]

KPFK’s problems are of long duration, primarily because management persisted in trying to pitch for big-ticket premiums to cover a payroll that got larger and larger as the audience got smaller and smaller. The fiscal year before this one (with Ian Masters and Sonali Kolhatkar and others still on the air and badmouthing elected governance as a fund-raising pitch), the station was fundraising on-air for 200 days out of 365. Of course our listeners steadily abandoned us.

Pacifica Foundation as a whole has a new Executive Director, after two years plus of mostly pro-bono service by interim ED Lydia Brazon (of the Peace Center), who was able to keep the foundation as a whole solvent through the pandemic with the aid of PPP loans (since forgiven) and EIDL loans (will not be forgiven but are long term and low interest compared to the rest of Pacifica’s debt). She also cleaned up the tax mess in Berkeley before it could result in the seizure of the building housing KPFA by the Alameda County Assessor’s office in a tax default auction.

KPFK itself is once again searching for a new General Manager. Paid staff opposition and a lack of board or upper management support forced the last one out, and there has been a revolving door of interims, and an atmosphere of fear and hostility that at least one of them generated in a thankfully brief tenure must be overcome. KPFK need to undertake a turn-around, which should be based on an increased commitment to the long-time Pacifica Mission of peace, conflict resolution, free speech, uncensored news and information, and community cultural expressions including drama and music. Previous GMs have repeatedly and wrongly tried to economize by firing the news staff and  ending the local newscast in favor of carrying the (surprisingly-mainstream) “Pacifica Evening News” from KPFA in Berkeley.

Too much of the programming consists of cold-war liberals closely wedded to the Democratic Party and its support for the US war machine. This is in line with the so-called Peace & Security Funding Group, a group of foundations and well-heeled individuals who are trying to use the power of the purse to get peace groups to line up behind Biden’s foreign policy and his State Department team and priorities. This would be the kiss of death for KPFK and Pacifica’s ability to air dissenting and critical views from the left .

The station and the Foundation must bring their operations into the 21st century, both in the effective use of social media and podcasting to share and promote content, and in bringing a new generation of content-producing grassroots activists and artivists onto their airwaves, not just as guests for gatekeepers, but as producers and programmers in their own right. Hopefully this will begin to take shape and have an impact under a new GM. But that requires a commitment to greater diversity, more outreach and community engagement, especially with a new generation to whom Pacifica’s past glories may mean little. It will require identifying and cultivating grassroots voices and the solutions that they are organizing and implementing to the climate crisis, the threat of war and fascism, the reality of a reckoning with racism, the new situation of labor and working people prepared to strike or quit for dignity and safety, etc. etc.

I hope this clarifies what is at stake. Donald Goldmacher at KPFA, Jan Goodman at KPFK, Bill Crosier and Teresa Allen at KPFT and others have sought to rule-or-ruin. I have often been in the minority on the Local Station Board, and generally excluded from the airwaves even as a  guest, but I continued to support the station and the concept of non-commercial, listener-sponsored, free-speech radio regardless of being on the losing side of some votes. I was on the LSB  some years ago, and was elected chair on a 12-12 tie vote and a coin toss, and was able to chair effectively and get the board  to carry out its responsibilities despite the division. I came back on three years ago, and was elected chair last year and re-elected for 2022 with significantly more support, even though divisions on the board persist — there are people on our LSB suing Pacifica. Win or lose, I have always donated to, supported, promoted and volunteered for the station, because I understand its critical importance.

Despite the divisions on the LSB, we now have functioning fundraising, outreach, finance, governance, and programming oversight committees, all of which are open to public members, and are in the process of reconstituting a Community Advisory Board to conduct a community needs assessment to help shape further programming choices, and a new iteration of the PNB Committee of Inclusion for KPFK which is designed to work with management to ensure greater inclusivity and involvement especially of underserved and under-represented communities in the listening area. We do an on-air LSB Report to the listeners, taking listeners calls, questions and suggestions, every other month.  I produce a weekly email newsletter of LSB activities which you can subscribe to by sending a blank email to [email protected], with subscribe kpfklsbnews in the subject line, and respond to the confirmation email from riseup.

KPFK needs MORE support, financial and in terms of outreach, promotion and engagement to really live up to its Mission and regain the impact it should have in these perilous times. Donate now or become a sustainer by going to https://kpfk.org and clicking on “donate”, where you can set up a monthly bank transfer or make a one time donation.