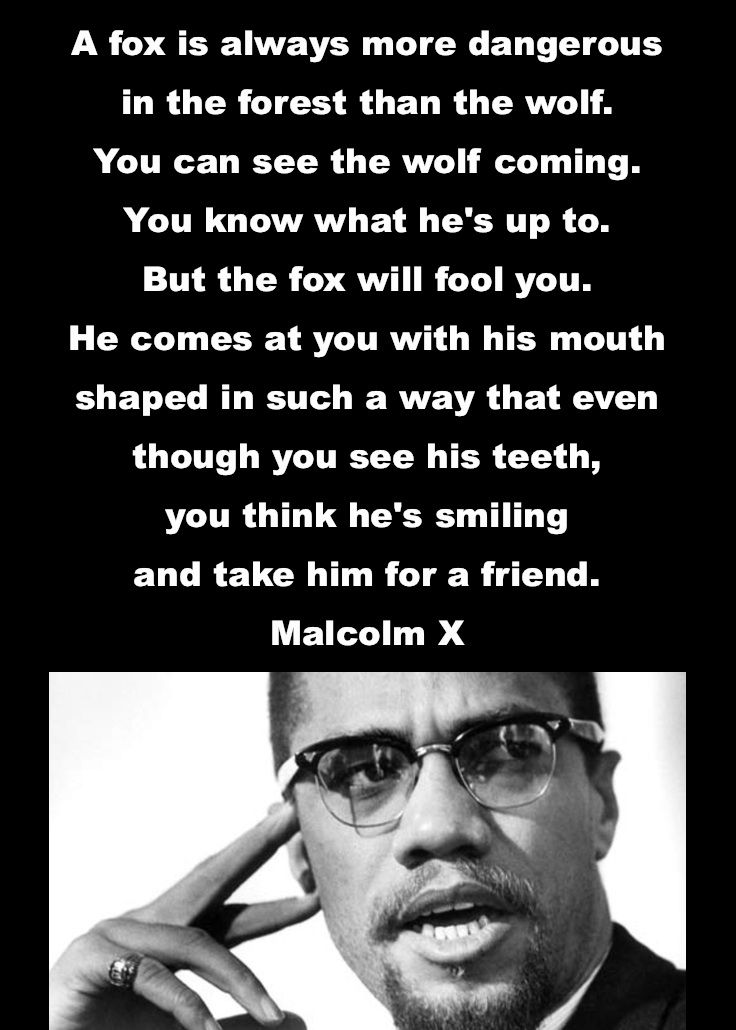 An undeniable sea change in mass public consciousness and practice has been taking place in the US in the past couple of months. Tens of millions of people have participated in an on-going series of mass protests for racial justice, mostly led by Black police abolitionists, in what seems to be the largest concentrated activist movement in terms of numbers of participants in US history. It has faced, and mainly faced down, efforts at police repression and intimidation. Now it is dealing with attempts to coopt and limit its impact to marginal reforms, such as the measure to cut some funds for the NYPD and LAPD by their City Councils, and the LA School Board cutting about 1/3 of the budget of the LA Schools Police Department. Congressional efforts appear stymied by partisan gridlock, probably designed to motivate voters for November.

What’s behind these latest offers of reforms and palliative measures is crucial to understand, because they always come hand in hand with crackdowns. Reform and repression are the one-two punch with which the rulers are trying to deal with a growing crisis of legitimacy.

The first turn was towards more naked violence, because the attempt to control and divide the oppressed and exploited with the classic divide and conquer weapons of white racial nationalism and “populism” were in fact failing. The difference between the astro-turf “re-open now” protests and the authentic mass movement in the streets for racial, social and economic justice make it resoundingly clear just how much the balance of forces has in fact shifted in our favor. The Boogaloos and white power militias were reduced to vigilantes, marginal players and provocateurs; the once-triumphant MAGA crowds carried out ineffectual counter-protests in a few enclaves of privilege. The “masses” became aware of their own massiveness.

And so, protesters were not intimidated by the use of force; in fact it served to radicalize and energize them. Trump’s pathetic attempts to use bluster, racism and the military to try to defame and cow the protests came to naught but an occasion for further splinters and fissures to open within the ruling class and the military itself.

So the fall-back of “reform” came into play. Minneapolis actually moved to eliminate its police department. Diverting money into social programs suddenly became the order of the day. Partly this is because of the  backdrop of economic collapse due to the COVID pandemic that has exposed the failed nature of neo-liberal deregulation, austerity and privatization. Trump and the Dems had united around Wall Street bailouts and tax giveaways and the Federal Reserve provided zero interest credit to banks and even industry, because the coronavirus shutdown exposed the reality of capitalist exploitation — that its wealth is only generated and sustained by the constant exploitation of human labor and expropriation of the wealth of nature. This was a huge pedagogical lesson to working people, greater than ten thousand Marxist pamphlets, about the nature of workers’ power and the true relationship between the bosses, bourgeoisie and the state on the one hand, and the working, oppressed and colonized people on the other.

The political crisis provoked by millions in the streets — despite the pandemic — around an end to racist police murders with impunity, and a general recognition of the depths of racism institutionalized and internalized within the US social, political and economic order — far from being a distraction from the economic issues raised by COVID and the genocidal and deadly response (or lack thereof) by the US state apparatus, and the profiteering by the corporate elite, was the point of the spear of a response to those realities. It constitutes a mass recognition that the just Black struggle for liberation is the inevitable leading force in a struggle to transform this society.

There are those who see the world through conspiracist glasses, who see COVID as a plot by Bill Gates and company to usher in “the new world order”. Others view the state and the billionaires as in command of the current situation, using Black Lives Matter as a cats-paw for similar elitist plans for remaking the US state as a component of this globalist oligarchy.

Such views fail to understand the fundamental lie at the base of this system, which incapacitates it from sound strategizing or even the ability to perceive reality — the lie of white “supremacy”. White people are not superior to Black people or other people of color, rich people are not superior to poor people, colonizers are not inherently more powerful, more intelligent or more resourceful than those they colonize — far from it. The moral, intellectual, spiritual and philosophical high ground is occupied by those resisting and overcoming oppression, exploitation and colonialism. Any strategies or tactics based on the lie of white supremacy will be fundamentally flawed and ultimately doomed to failure.

Conspiratorialists not only overstate the power of the rulers, they deny the power and agency of the working and oppressed people. This, perhaps, is the pedagogy of the oppressed and colonized that Frantz Fanon and Paolo Freire talked about mirror aspects of — the recognition of the weakness, vulnerability and neediness of the oppressor on the one hand, and of the generative power, creativity and the capacity for self-critical self-examination and “conscientization” by the poor, exploited and oppressed on the other. This is the fundamental and unavoidable contradiction of capitalism and colonialism — the oppressor needs the oppressed, the exploiter needs the exploited, the colonizer needs the colonized, and are nothing without them.

But the opposite is not true — those who are colonized have no need for a colonizer, the oppressed want nothing more from their oppressor than to get their knee of their neck; the workers have no need of a boss, the land has no need of a proprietor, the people have no need of a ruler or a ruling class, the proletariat has no need of the parasitic and necrotic bourgeoisie. And more and more people are becoming aware of that truth through their own experience and practice. The “left” needs to catch up.

The question is, how to build on and consolidate the gains in consciousness and practice. How do we transform the insurrectionary energy in the streets into an uncompromising, protracted insurgency that can take this struggle all the way to a full victory, to actually topple racial capitalism, settler colonialism and imperialism? Groups like White People for Black Lives and the Showing Up for Racial Justice network it’s part of have integrated thousands, even tens of thousands of new members, as have the Democratic Socialists of America (DSA). But it’s not enough to bring newcomers up to speed on the principles and strategy they had been pursuing previously. People need to rethink what is possible and necessary, because the quantitative leap in numbers should represent and enable a qualitative leap in resistance. A deeper struggle needs to take place inside those ranks about the need for something other than getting out the vote for “progressives” or even socialists, in primaries, or holding their noses to vote out Trump in November. Black Lives Matter itself does not endorse candidates. The Movement for Black Lives has called for Trump and Pence to leave office now. That leadership needs to be taken more clearly to heart  by its allies. It is time to withdraw consent from, and impede the operations of, the empire.

Quite simply, US capitalist settler colonialism is weaker and more riven by contradictions than it has ever perhaps been, and correspondingly, the peoples forces are stronger and more united across previous racial, ethnic, gender and other potential divisions. The time for decisive action in now. As Shakespeare had it, in Julius Caesar, “There is a tide in the affairs of men [sic], which, taken at the flood, leads on to fortune; Omitted, all the voyage of their life is bound in shallows and in miseries. On such a full sea are we now afloat, and we must take the current when it serves, or lose our ventures.”

The Peoples Strike, initiated by Cooperation Jackson in Mississippi as a united front effort towards a general strike, is promoting the idea of “People’s Movement Assemblies” (somewhat akin to efforts in other countries, and to what was attempted by the Occupy movement) as an arena for the necessary serious, long-term political struggle, education, learning and organizing effort in which revolutionary-minded people can integrate with communities around mutual aid, community self-defense, sustainable cooperative economics and other necessary elements of the kind of timely total transformation we need.

We have learned many lessons from past upsurges and failures about the need to overcome false divisions, the need to respect sovereignty and self-determination, the need to fight against all forms of oppression and exploitation, the need for self-critical vigilence against white and male supremacy and elitism in our movements. We must also learn that the enemy has two faces, and a left hook to go with its right cross.We cannot allow the current period to be sucked into the narrow, capitalist environs of the Democratic Party, or even the notion of being an outside “pressure group” on an incoming Democratic administration.

Things are too far gone for that. We need to put forward demands commensurate with what the times demand of us — decarceration NOW under the threat of COVID. Supportive transitional housing NOW for the unhoused and those coming out of prisons and jails. End immigrant detention. Health and safety in the workplace NOW, de-carbonization and restoration of the environment NOW, abolition of the police, real reparations, health care or education as a human right, shutting down the US war machine, can only be accomplished by a fundamental and thoroughgoing change in property relationships, land tenure and political sovereignty. Recognition of the indigenous, not just in verbal “land recognition,” must take the form of practical changes to dismantle the settler colonial empire that has been built on their land.

Undeniably, this is a huge undertaking. But the planet and the times call for nothing less. If we do not fight to go all the way, to topple imperialism and replace it with a system of social, political, racial, gender and economic justice, a system of communal public control of space, resources and the product of human effort and labor, we will condemn ourselves, future generations and the ecosystems of life itself to a grim future of genocidal and ecocidal exploitation.