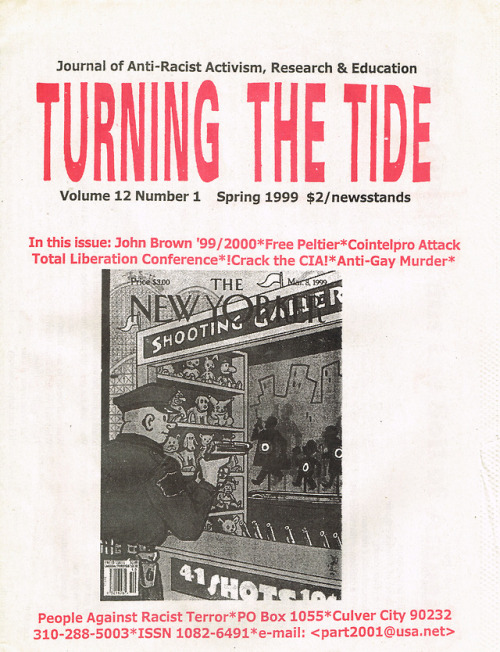 Burma Out of the Sydney 2000 Olympic Games

Activists are needed to form committees planning and staging demonstrations in the USA in regard to the exclusion of the narco-dictatorship of Burma (Myanmar) from the ‘Sydney 2090 Olympic Games. MIHRA, the Music Industry Human Rights Association in England, has initiated the world-wide campaign. But because the Burmese dictatorship is the number one source of heroin sold in the US, and is being protected in its drug-dealing by the US Central lntelligence Agency, activists in that country should have a special aﬁinity for this cause. This is people’s war on drugs. This war does not belong to the state.

MIHRA was founded during the UN’s 50″‘ anniversary year to advance and protect creators’ rights in a cultural market monopolized by the recording /publishing cartel. MIHRA’s roots are in music and anti-racism and it has calledfor a sports boycott of Burma for the Sydney 2000 Olympic Games. When the Chairman of the UK Olympic Committee, Craig Reedie, was last contacted in this regard, he said, “We are ready to ‘deal with’ the Indonesian situation and ready to, ‘deal with’ Native Australians. But Burma? We are not prepared to deal with Burma at all.”

Film-maker John Pilger, whose documentaries and ﬁlms include “Inside Burma,” “The Killing Fields” (about Cambodia), and “Death of A Nation” (about East Timor), supports this campaign. Pilger’s director, David Munro, is a founder member of the Music Industry Human Rights Association. On March 19th, John Pilger, who is ﬁlming in Australia, (about Native Australian issues) sent MIHRA a fax about the Olympic Boycott and the Burma Out! campaign.

“What a great ideal! All power to you my friend. I am sorry that I cannot be with you in London (for the Burma Out! Demonstration at the Australian High Commission in London) on the 27th of  May, as I will be traveling.  My thoughts and good wishes go with you all.”

Given the rest of the scandals racking the Olympic movement, why in this case should it make an example of Burma? ‘Because of the ruling junta’s murderous record on human rights; and because an exclusion of Burma would be “an example”. And it would be the FIRST major drug-producing nation to be banned from the games.

Non-brainwashed people don’t care about the IOC nor the sports media or about the preservation of the games. The freedom loving people of North America want their kids to grow up without tons of Burmese heroin on the streets. This is their protest, and we all should support them in that. We should pursue the people’s war on drugs to both the ends of the earth and its culture.

The Music Industry Human Rights Association has been highly critical of the state’s “war on drugs” in the past. It sees no reason, apart from a cessation of state treason on the subject, not to continue to do so. Australia must not invite Burma, but get “its own house in order” in regard to the many problems of its native population.

The  Boycott : The OTHER HALF of the equation

A British Aboriginal support group was launched at a public meeting, held at the House of Commons on 22nd March, 1999. The group’s core activity will be a campaign to pressure the Australian government into signing a treaty with Australia’s Indigenous Peoples. Australia, unlike other nations , which Britain colonized, was the one country where Britain did not sign a treaty with the indigenous population.

This put the Aboriginal people at an enormous disadvantage when it came to  their struggle for their rights. The group will also campaign to draw international attention to the violations of Aboriginal human rights as well as promote the recognition and protection of their fundamental and inherent rights as  Indigenous Australians.

For information about the indigenous struggle in Australia, contact  <[email protected]>.

For the USA  The Free Burma Coalition