Low Intensity Civil Warfare is Underway in the US 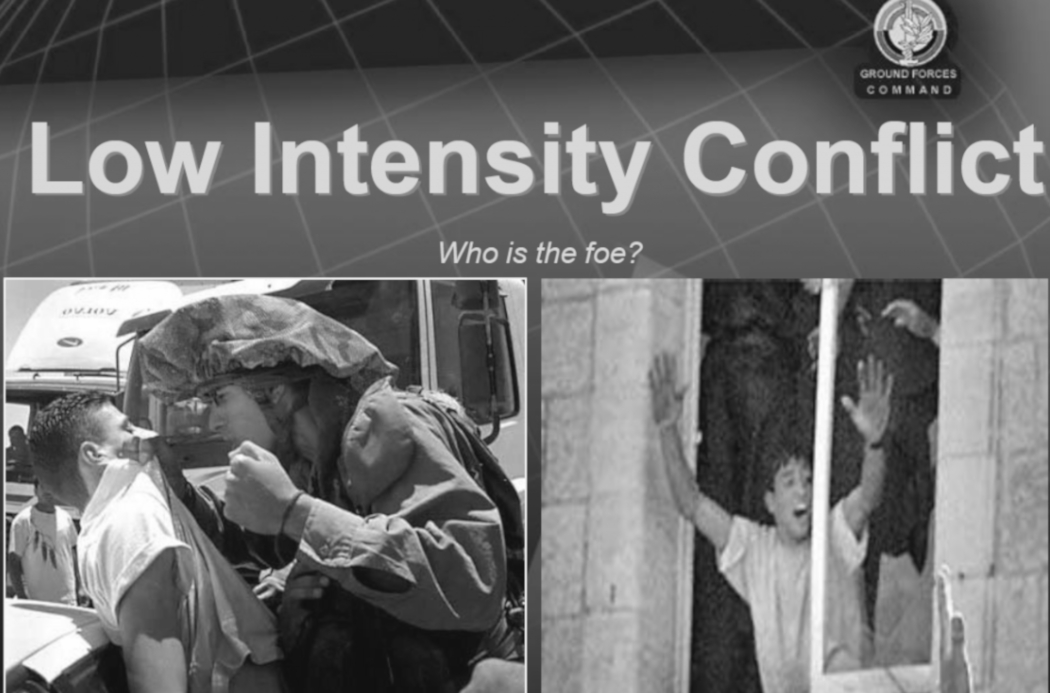 Civil war is the latest buzzword among pundits and politicos, in books and book reviews, radio interviews and podcasts. But the main issue in most of these analyses seems to be whether or not we are on the brink of a civil war, and whether it is alarmist, or even counter-productive, to speculate about that. This is yet another manifestation of what is sometimes called “American [sic] Exceptionalism,” the belief that the US social structure is uniquely democratic, stable, positive and free of class conflict. Yet as Martin Luther King Jr. intoned 55 years ago in publicly opposing the war in Vietnam, the US government is the greatest purveyor of violence in the world. Such violence manifests throughout this society, not only in its so-called foreign policy, or directed against other peoples and nations.

The term “civil war” conjures up, in the minds of many people in the US, the US Civil War of the 1860s, with a specific starting and ending date, beginning with the Confederate declaration of secession and attack on Fort Sumter in April 1861, and a definite end date, roughly the surrender by Lee to Grant at Appomattox four years later, with a series of pitched battles between uniformed standing armies. But this image is scarcely accurate about even that period of US history, as there were battles by both regular and irregular forces over the same issues leading up to the official hostilities, including a series of slave rebellions, the guerrilla war between pro-slavery and abolitionist forces in “Bleeding Kansas”, and John Brown’s raid on the federal armory at Harper’s Ferry with the intention of freeing and arming slaves. And following the close of the official war, there was ongoing use of guerrilla tactics and night-riding terror tactics against free Black people and their allies, by the Ku Klux Klan and others.

Furthermore, civil wars have been a constant in numerous countries all around the world, particularly in the formerly colonized nations of Africa, Asia and Latin America that US imperialism has sought to dominate and exploit in the 20th and 21st Centuries. But civil wars and separatist insurgencies have also taken place steadily in Europe since the collapse of the Soviet Union and the COMECON bloc, repeatedly revising the map of much of central and eastern Europe, Africa and south Asia. To imagine the US is somehow uniquely exempt from such hostilities, especially when the armed right within the US has been stepping up its violence decade after decade since at least the white supremacist underground “Order”, also known as Bruder Schweigen/Silent Brotherhood since the late 1980s, and the rise of the modern militia movement during Bill Clinton’s presidency, would be the height of folly.

So we need to understand that civil war is not a future prospect, but a current reality, constituting a form of blow-back or introgression into the settler colonial metropole of the US empire of the strategy and tactics of low-intensity warfare that the US has been using for decades to undermine anti-colonial and anti-capitalist uprisings in the countries it seeks to dominate, subjugate and exploit. Low intensity warfare is the general strategic formulation that US military theoreticians and planners have used to deal with “a-symmetrical warfare” by liberation forces, the war of the flea. It involves the use of regular and special military forces, like the Green Berets, clandestine forces and operatives, such as by the CIA, psychological operations, and the use of mercenary, death squad, regular military forces and paramilitaries of the neo-colonized government and society, to disrupt and destroy insurgent movements and defeat a protracted people’s war of the kind used effectively by the Chinese and Vietnamese communist movements.

Caroline Elkins described the nature of  “pseudo-gangs” as a key element of the British Empire’s counter-insurgency efforts, based on a strategy of low intensity warfare against decolonizing attempts and movements for national liberation in a 2005 article in The Atlantic: https://www.theatlantic.com/magazine/archive/2005/07/the-wrong-lesson/304052/ based on a model developed in Asia and Africa and applied in Ireland by Frank Kitson, a major UK military theoretician and practitioner. She wrote:

“Kitson’s pseudo-gangs were a key element of the “low-intensity operations” that were deployed throughout the British Empire in the waning days of colonial rule. Starting in the early 1950s, Kitson spent three decades moving from Malaya (now Malaysia) to Kenya to Cyprus to Oman to Northern Ireland, acquiring strategic knowledge and adapting his policies to local circumstances. His counterinsurgency program rippled even further, touching nearly every corner of the world where Britain had imperial and strategic interests…

“But are pseudo-gangs really the best model…? For one thing, pseudo-gangs could not have succeeded without more severe and overarching measures of control by the British—in fact, police-state control. In addition to targeting insurgents directly, the British targeted civilian populations, which often illicitly supported insurgents and harbored critical intelligence. Through measures including collective punishment, …detention without trial, expanded capital punishment, censorship, and restrictions on movement, British forces sought to intimidate civilians, separate them from insurgents, and collect intelligence to infiltrate terrorist networks. In Kenya they broke civilian support by systematizing torture, inflicting heavy civilian casualties, and detaining nearly 1.5 million Africans thought to be sympathetic to the Mau Mau.

“The British adopted similar policies in Cyprus at about the same time, creating “Q patrols” to help suppress Greek Cypriot insurgents who demanded unification with Greece. The Q patrols worked alongside security forces, snatch squads, and interrogation teams that earned the nickname “HMTs,” or “Her Majesty’s Torturers.” Like the pseudo-gangs in Kenya, they operated with a free hand in a police state.

“Throughout Britain’s former empire, 20th-century colonial rule and the suppression of [resistance] inscribed a legacy of violence on the governments established in Britain’s wake. As Somchai Homlaor, the secretary general of Forum-Asia, has put it, “Internal-security laws and anti-terrorist laws are a draconian remnant of the laws employed during the colonial era.” Indeed, advisers from Britain’s Colonial Office, who oversaw the crafting of police states throughout the empire, had a hand in drafting new constitutions that institutionalized coercion and political subjugation in Britain’s former colonial states. In the final accounting, repressive laws and undemocratic institutions, not peace and progress, are the primary bequest of the British to their onetime empire.”

Elkins ignores two key aspects in this overview. One, the US incorporated pseudo-gang counter-insurgency tactics domestically long before Dubya Bush, Cheney and Rumsfeld began applying them in Iraq. They were a key part of COINTELPRO operations against the Black Panther Party and Black power movement, and allied liberation movements among [email protected], Puerto Rican, Native Americans, AAPI people and Euro-American left elements in the student, labor, women’s and anti-war movements, along with infiltration, assassination, and state violence. Two, the incorporation of police state powers into the newly-created independent states was a conscious effort necessitated by neo-colonialism and the use of comprador elements of the local bourgeoisie and elites to suppress, exploit and police their own people in the interests of imperialism after formal independence. We continue to see corrupted and incomplete manifestations of this in situations like the so-called Palestinian Authority carrying out repression of Palestinians on behalf of Israel.

Unfortunately, as the neo-fascist, white Christian nationalist right continues to pursue this strategy of low-intensity civil war, aiding and abetting elements within the state apparatus at a federal, state and local level that are applying state violence and domestic counter-insurgency psychological operations, left forces are well behind the curve, mostly focusing on electoral activities and legislative lobbying, rather than organizing communities directly for self-defense, survival under the catastrophic conditions of climate disruption, or countervailing actions that can disrupt and disorient the present and potential base of the racist right, or win over disaffected elements within the system’s military apparatus.

What is the social climate within which the pseudo-revolutionary right is pursuing its low intensity civil war strategy. There are clues in a recent public opinion survey [See https://www.prri.org/press-release/competing-visions-of-america-an-evolving-identity-or-a-culture-under-attack/].

PRRI’s comprehensive 12th annual American Values Survey, released in partnership with the Brookings Institution, examines the widening partisan fault lines around questions of US identity, the belief that the election was stolen from Donald Trump, and beliefs that political violence might be necessary to fix the problems in America, a continuation of the far-right ideologies that contributed to the January 6 attack at the U.S. Capitol. They report significant support for an anti-democratic approach and for the use of violence: “More than two-thirds of Republicans (68%), compared to 26% of independents and 6% of Democrats, continue to believe that the 2020 presidential election was stolen from Donald Trump. Belief in this false claim is significantly higher among Republicans who most trust Fox News (82%) and essentially universal among those who most trust far-right news sources such as One America News (OAN) and Newsmax (97%). White evangelical Protestants (60%) are the only religious group among whom a majority believe the election was stolen from Trump.

By their figures, 20 million or more people in the US, mostly on the right, are inclined to entertain the use of violence. “Republicans (30%) are approximately three times as likely as Democrats (11%) to agree with the statement, “Because things have gotten so far off track, true American patriots may have to resort to violence in order to save our country.” Agreement with this statement rises to 40% among Republicans who most trust far-right news sources. … [Those] who believe that the 2020 election was stolen from Trump are about four times as likely as those who do not believe this falsehood to agree that true American patriots might have to resort to violence to save the country (39% vs. 10%).”

Barbara Walter in her recent book, “How Civil Wars Start and How to Stop Them” argues that civil wars become likelier as populations divide by identity rather than ideology. But in the US, identity and ideology often track very closely. In the PRRI survey:

•           Eight in ten Republicans (80%) agree that America is in danger of losing its culture and identity, compared to one-third of Democrats (33%)—a nearly 50-percentage-point difference.

•           About eight in ten Republicans (79%), compared to 37% of Democrats, believe the American way of life needs to be protected from foreign influence.

•           A majority of Republicans (56%) agree that things have changed so much that they feel like a stranger in their own country, compared to only 31% of Democrats and 39% of independents. And 78% of Republicans who most trust far-right news outlets agree with that sentiment.

The left needs to engage with a firmly anti-capitalist and anti-imperialist politics to begin to make a dent in those figures. Such elements cannot be won over by an appeal to reason or good nature or exhortations to support liberalism. We need an anti-authoritarian, anti-elitist approach to answering questions of COVID health and safety, workplace and economic security, climate preparedness and mitigation, suicidal drug dependency and addiction, and a host of other issues. And we need to face the reality that we will still have to face off with a consolidated reactionary and fascistic element of white society, along with the armed power of the state. If there are large reactionary forces in every Latin American country with significant electoral weight that uphold prior military dictatorships as saviors of the nation, it is guaranteed that in the heartland of the world bastion of white supremacy and reaction that a large section of the population will hold similar views. We need to think long and hard about how to neutralize or defeat them.