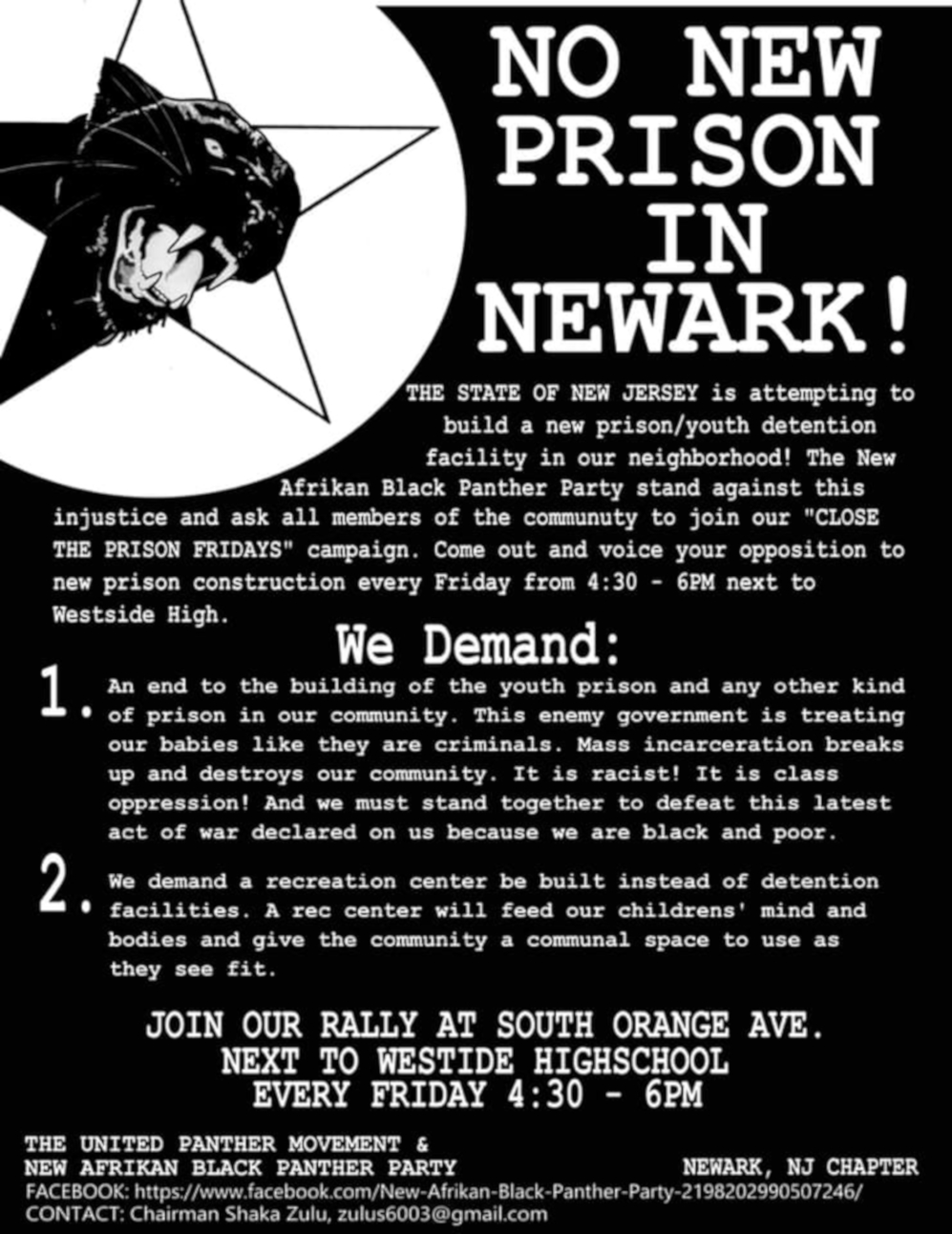 Under the leadership of Chairman Shaka Sankofa Zulu, the New Afrikan Black Panther Party, and its mass organization the United Panther Movement, has been organizing “No Prison Fridays” protests in Newark NJ since April.

These mass rallies, which quickly grew from a few dozen to several hundred protesters from local communities, began in opposition to plans by New jersey officials to build a youth prison in Newark on South Orange Avenue, a couple of blocks from Westside High School.

This youth prison and its planned location brought home to Newark’s resource-starved urban population, the reality of the “school-to-prison pipeline,” targeted especially at poor communities of color.

With the rallying cry, “Build Communities, Not Prisons!” the Friday protests have raised broad public awareness of the role of U.S. prisons as weapons of counter-insurgency, serving to repress and contain marginalized communities. While operating as a multibillion dollar industry for prison profiteers and the politicians whose pockets they line, they feed off the misery and deprivation of those communities.

The protests also made the connection between modern prisons and the old chattel slavery system, with the slogan: “Fighting from 1619 to 2019!” 1619 marked the year the first Afrikans were brought as slaves to the English North American colony.

Although the protests appear to have forestalled construction at the S. Orange Ave. site, they continue on the basis of stopping any effort to revive the project elsewhere in Newark or NJ.–Ed. For more information, see https://www.facebook.com/NewAfrikanBPP/