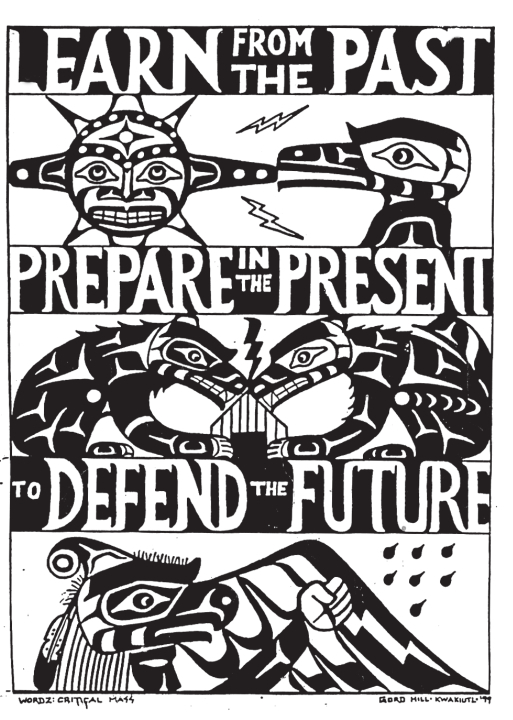 Facing Reality – The Past is Not Past, But the Future is Now

The convergence of the federal elections, the decennial census, and the global pandemic in 2020 have given us an unprecedented ability to accurately and realistically see the size, scope, mental and physical health, class and national formation and consciousness, and revolutionary prospects of the entire population of the US. What the experience has taught us is sobering. The ugly realities and consequences of settler colonial, patriarchal, white supremacist capitalism and empire have been laid bare in the thinking and practice of the US state, society and individuals.

There are about 247,000,000 people in the US age 18 and over and potentially able to vote. 158,240,239 voted in the 2020 election from about 213 million registered voters. About 81 million voted for Biden-Harris, and 74 million for Trump-Pence, with about 3 million scattered across states among Libertarian and various other third-party candidates (Greens, Peace & Freedom, etc). So the 89 million adults who did not vote exceed Biden’s record tally; some percentage of them were victims of voter suppression, a significant number are probably non-citizens with or without papers, and perhaps 2 million were incarcerated. Still, about 65 million registered voters did not cast a ballot. Given the hundreds of millions of dollars and person-hours spent on getting out the vote in what was with some basis in fact labeled the “most consequential election ever,” was that abstention a measure of disgust, disengagement, apathy, or despair?

What else have we learned? Given the nature of the choice presented, and the persistence of Trump’s claim and his followers’ faith that the election was a fraud, stolen by Biden and the Democrats, it’s safe to say that the size of forces on the right, their intensity and willingness to subvert bourgeois democracy, is far greater than many believed. Trump appears to be on a course to convert the GOP into a nakedly fascist party, or at least build such a wing within it on an ongoing basis. Electoral defeat has only deepened their sense of grievance and white racial nationalism (augmented by reactionary elements among people of Cuban, Venezuelan, Korean, Vietnamese and even Mexican origin or descent, and some men of all nationalities and class backgrounds who resonated with Trump’s tough guy demeanor).

On the “left,” on the other hand, masses of Black, indigenous and other people of color, as well as a sector of white working and professional people were so disgusted by and fearful of Trump and his base, that they are still contained by the machinery and propaganda of liberalism and neo-liberalism and the constraints and limits of the corporate Democratic Party. Although there were hundreds, perhaps thousands of wildcat and grassroots labor actions in workplaces in response to the threat of COVID, and actions by workers in the IT sector to challenge the worst practices of their bosses, this has not translated into a sustained movement in the streets of massive proportions. The unprecedented and widespread street protests for racial justice sparked by the police murders of George Floyd, Breonna Taylor and too, too many others have also not transformed themselves into a permanent liberatory movement with the power to dictate terms and define the political agenda on a national level, either inside or outside the electoral arena.

These realities on the right and ‘left’ reflect the continuing capacity of settler colonial, patriarchal, white supremacist capitalism and empire to shape mass consciousness. Imperialism is still able deflect and deter the development of class consciousness and recomposition, or of liberatory anti-colonial struggle. This remains so even in the face of the grotesque incapacity of the system and its rulers to provide the most elementary safeguards of people’s health, safety, or financial well-being.

Which leads to the question, what will it take to break people’s identification with the empire and the oppressor, to build people’s sense of their power as an exploited class or oppressed community? What are the contradictions facing the empire and its political and military agents that the forces of liberation can identify and exploit to weaken their grip on mass consciousness and practice?

We can identify several material and cultural or social factors. Materially, the continuing inability of capitalism to produce stable economic and public health conditions, decent housing, safe, satisfying and remunerative work or freedom from debt must ultimately weaken the system’s grip on the thinking and allegiance of the people it exploits and disposes of. The widening inequality in wealth and income, in which the vast increases for the centi-billionaires is clearly derived from the impoverishment of millions has to unmask the class enemy for significant numbers of people. How will people respond to mass evictions, new rounds of layoffs, cutbacks in public services like transportation, and persistent  daily hunger?

Secondly, the incapacity of US imperialism in particular to handle the pandemic, compared not only to planned-economy societies but even to other industrialized and European countries, must begin to penetrate even minds clouded by imperial privileges.

Third, the ecological devastation caused by capitalism, which underpins the health crises of virulent pathogens — whatever the origin of SARS-CoV2 AKA COVID-19 — is incapable of a solution by or under capitalism. Fires, floods and plagues of beyond-biblical proportions are already waking up people, particularly younger people, to the need for concerted action for system change. This will only intensify in 2021 and beyond. In a just published study (https://www.nature.com/articles/s41558-020-00955-x), climate scientists Chen Zhou, Mark D. Zelinka, Andrew E. Dessler and Minghuai Wang analyze the consequences of carbon gases already in the atmosphere on global heating. They write: “After the pattern effect is accounted for, the best-estimate value of committed global warming at present-day forcing rises from 1.31°K … to over 2ºK, … although the magnitude is sensitive to [the] sea surface temperature dataset.” The range of temperatures possible around the “best-estimate” go substantially higher. (ºKelvin are identical to ºCelsius (aka centigrade) except that the Kelvin scale starts at absolute zero.)

The world has already warmed about 2˚F on a global level compared to times before capitalist industrialization and widespread fossil fuel use, and the projections from the new study, which take into account the impact of regional warming in areas currently cooler, give projections for “baked-in” warming from greenhouse gases already in the atmosphere that will blow past those upper limits. The best case scenario the scientists foresee at this point is a kind of “flattening the curve” of the warming, extending by 100 years or so the time it takes to reach the elevated temps, but only if drastic measures to get off fossil fuel use are undertaken rapidly. “You’ve got some … global warming inertia that’s going to cause the climate system to keep warming, and that’s essentially what we’re calculating,” study co-author Andrew Dessler, a climate scientist at Texas A&M University, told the AP. “Think about the climate system like the Titanic. It’s hard to turn the ship when you see the icebergs.”

Places such as the Southern Ocean surrounding Antarctica, are a bit cooler, and that difference creates low-lying clouds that reflect more sun away from earth, keeping these places cooler. But this situation can’t keep going indefinitely, because physics dictates that cooler locations will warm up more. When they do, the clouds will dwindle and more heating will occur, Dessler said.

The impact of these realities is already being felt in devastating wildfires, rising sea levels, and intense and prolonged storms. They will require measures far beyond the social-democratic Green New Deal that the incoming Biden-Harris administration specifically disavowed. It will be up to an eco-communist left to propose and build a fight for that kind of social, political and economic transformation that centers decolonization, indigenous sovereignty, environmental justice, and social control of production for the public good.

Similarly, the economic and social conditions of the system of necrotic capitalism and settler colonialism are producing unsustainable and unresolvable contradictions in the minds and hearts of the people it privileges as well as those it exploits and oppresses. Although I  don’t generally agree with analyses of racism as an illness or mental disorder, these irreconcilable contradictions between false belief systems and reality have reached a fever pitch with the Trump phenomenon and with the continued acceptance of the biggest lie, of white so-called “supremacy” or superiority. Any president of the US, certainly since at least the 20th Century advent of the national security state, nuclear weapons and chemical-biological warfare, is by definition a sociopath and probably a psychopath (particularly the more charming ones, like Obama and Bill Clinton). But Trump and his true believers are no so totally unmoored from reality, so delusional, that mass mental illness becomes an increasingly feasible phenomenon.

The general ill-health of so much of the US population, not only among oppressed and colonized people, the widespread drug addiction, the growing suicides, domestic violence, retreat into fantasy and distraction, the widening gap between perception and reality and between professed moral, religious and ethical beliefs and actual practice represent a cumulative crisis on the personal, psychological and spiritual level that is so profound that only a cataclysmic social, economic and emotional transformation can overcome it. If the left fails to step up to this task, the fascist right is already seeking, with some success, to transform such contradictions into a paroxysm of racist and anti-social violence. The head of the Proud Boys was just  busted in DC for vandalizing a Black church and burning their Black Lives Matter banner. A believer in David Icke’s bizarre antisemitic transdimensional lizard people theory about the so-called “Illuminati” just blew himself up along with his RV full of improvised explosives in Nashville, taking out most of a city block, destroying an AT&T transmission facility, and damaging 911 and cell-phone communications in a wide area for a protracted period. A pharmacist convinced of the veracity of conspiratorial claims that messenger RNA vaccines like Moderna’s will cause genetic mutation in humans just tried to destroy 500 doses.

These contradictions will not be resolved whatever the result of the two US Senate races in GA, finalizing as this issue goes to press, which will decide the US Senate majority. Even controlled by the Democrats,  the Senate is inherently and irremediably un- and anti-democratic. We need to build an extra-parliamentary left, capable of exerting curative power in its own right, culturally, economically and politically. We need to struggle for anti-racism and democracy at institutions like free-speech listener-sponsored Pacifica radio, which is in danger of dooming itself to irrelevance or even extinction by trying to be a gatekeeper in favor of corporate liberal politics on its airwaves (see https://pacificafightback.org for more information). We need to build community, solidarity, resistance and the capacity to feed, defend and sustain ourselves, block by block, workplace by workplace, from the base of congregations, temples, mosques, parishes and free-thinkers’ circles.