↓ Skip to Main Content
Home › anti-fascism › Save the Life of Mumia Abu-Jamal – Freedom is the Treatment!

Save the Life of Mumia Abu-Jamal – Freedom is the Treatment! 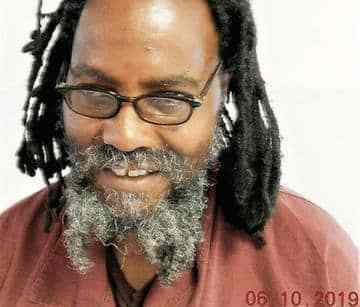 SAVE THE LIFE OF MUMIA ABU-JAMAL — CALL NOW!

As we were laying out and going to press with this issue of TTT, we learned that Mumia has been scheduled to the hospital for major heart surgery April 19. Take action to demand he not be shackled during or after any procedure. Insist that he be released for treatment by doctors and at a hospital of his own choosing. Freedom is the treatment! The following text came to us earlier, before the latest news:

We are very concerned about the health and safety of Mumia Abu-Jamal, the world renowned veteran Black Panther, political prisoner and radio journalist.

Mumia’s wife, Wadiya Jamal, and his close friends who hear directly from Mumia daily, had not heard from him since this past Saturday, April 10th. Mumia’s attorney, Bob Boyle, called the Chief Council of the Department of Corrections to inquire about Mumia, to no avail. And Mumia’s chosen doctor, Dr. Ricardo Alvarez, as well as other supporters have called prison officials and left messages of inquiry about Mumia’s wellbeing. No one has gotten a clear answer about Mumia’s status. Mark Taylor, Mumia’s Spiritual Counselor, was ambiguously told by Mr. Steinart, the head of the prison’s infirmary, “I can only say that at this time he is okay.” This suggests that something happened to Mumia and he may be in danger.

Please call the following offices to demand that Mumia immediately be allowed to call his wife or one of his supporters.

**If anyone answers, please write back with their responses

The Campaign to Bring Mumia Home