We Must Go All the Way This Time 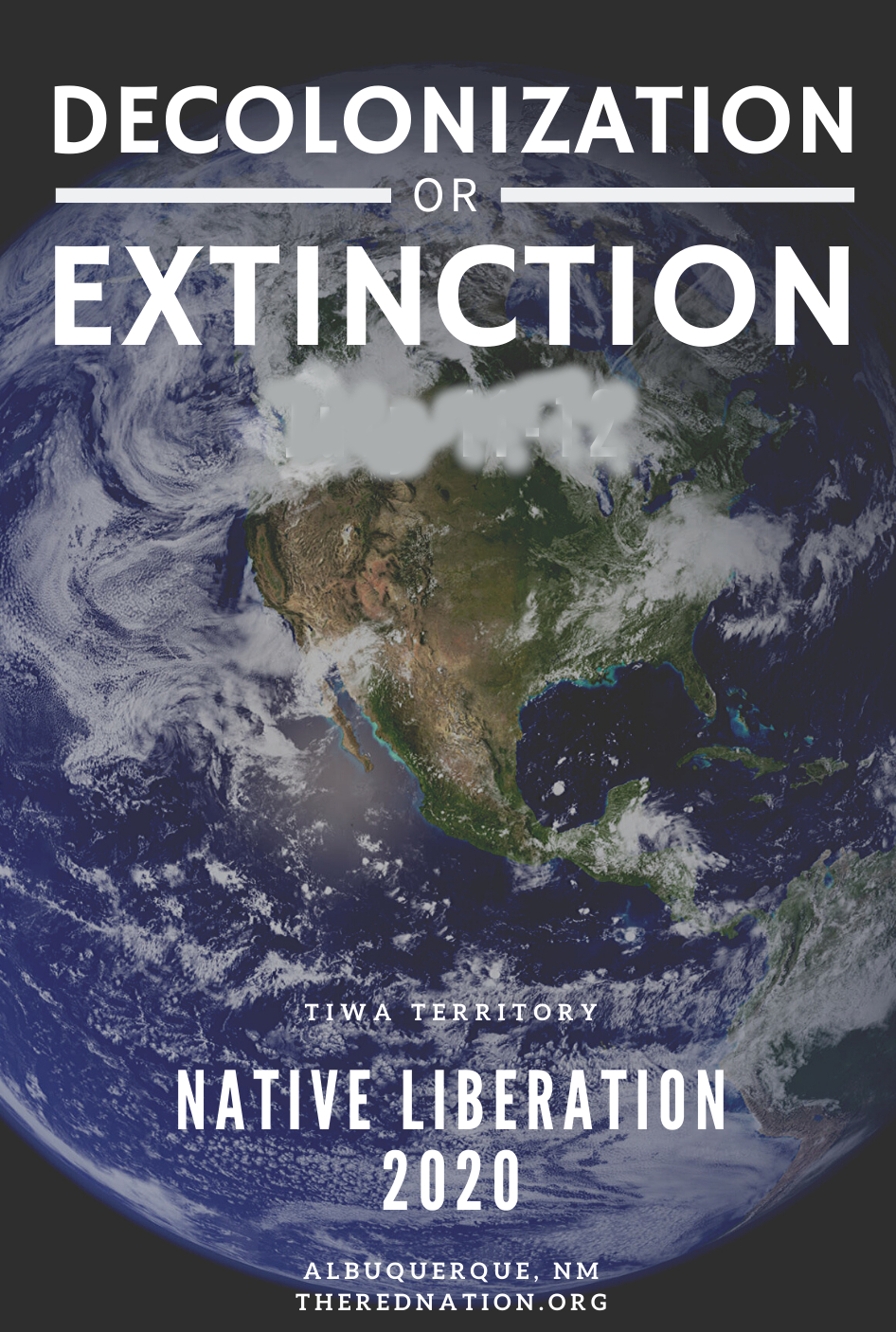 Transforming a culture of solidarity, resistance and liberation into thoroughgoing social, political and economic revolution

There is no question that a profound and long-overdue collective self-examination and cultural revolution is now going on in the United States, not uniformly or universally, but significantly and with far-reaching impact. The Sierra Club has disowned John Muir for his deeply  racist views about Black people and others. Planned Parenthood has done the same with Margaret Sanger for her eugenicist racism that motivated her efforts to reduce the population of allegedly inferior people. The state of Mississippi, last holdout, removed the Confederate battle flag from its state flag, and the state capital, Jackson, took down an equestrian statue of Andrew Jackson.

The removal of Confederate statues and memorials has extended also not just to Columbus, and to slave traders in England and colonizers in France, but to a revision in the view of Grant and Lincoln for their involvement in wars against indigenous people, especially the Plains Indians, to rejection of the memorial to Sir Francis Drake in San Francisco as an example of the false Anglicization of California history, as well as statues to Junipero Serra. Descendants of Thomas Jefferson have suggested removing the memorial to him. The Congressional proposal to rename military bases that commemorate Confederates led Trump to threaten a veto of the National Defense Authorization Act.

Those measures can be dismissed as showboating and symbolism, since renaming a military base still leaves it operational to carry out military aggression, or removing the portrait of a US Senator leaves the anti-democratic US Senate intact, yet they reflect the much larger, broader, deeper and more militant solidarity with Black peoples’ struggle for racial justice and against racist police murders and mistreatment with impunity that has seized the imagination of a majority of so-called white people in the US for the first time. And many more concrete and risky actions have taken place, including, as reported in Popular Mechanics, not known as a publication devoted to pressing social issues, that 1500 mathematicians have signed a pledge to refuse to participate in the development or application of algorithms for use in racist predictive policing, which provides a veneer of science to  racial profiling and police abuse of power.

United Teachers Los Angeles called for the elimination of the LA Schools Police Dept, an agency larger than the Pasadena PD, and after stalling around, Jackie Goldberg was embarrassed and forced into backing a 35% cut in the LASPD funding, which was adopted by the school board. Thousands of tech workers have pressured their bosses to deal with racist platforms enabled by social media. Twitter pulled the plug on 7000 Q-Anon accounts, and reddit finally cleaned out a rat’s-nest of racist sub-reddits. Protesters pouring back into the streets of Portland in the face of Trump’s faceless thugs express the fearlessness that the times demand. These developments come in response to the Black-led movement that has placed these issues unavoidably front and center.

But the question remains, how do we overcome the increasingly reactionary and violent white nationalist backlash and the state repression? Trump’s not-so-secret police, augmented by Erik Prince’s mercenaries, can be outflanked by massive protests not just in the cities where they are mobilized, but in every city in the US, as in the first wave of George Floyd protests. They’ve got the guns but we’ve got the numbers.

More critically, how do we separate the real changes from the window dressing, and how avoid the snares of cooptation that always works hand in glove with coercion to try to derail and defuse transformative popular movements? Because the “liberal Democrat” mayors in Portland, LA, NY and elsewhere and the police forces they formally command are also seeking to quash and dispel protest with both the carrot and the stick, understanding that technique to be more effective that Trump’s approach. We have to deal with both simultaneously.

It starts with distinguishing between the transit employees, bus drivers who refused to use their buses to transport mass-arrested protesters to jail, on the one hand, and transit agencies like the MTA that put “BLM” for Black Lives Matter on the head plates of the trains, while paying the LAPD hundreds of millions of dollars for policing the trains on top of the cops’ regular budget. LAPD gets almost $2 billion a year from the city’s general fund, and about another billion and a half combined from Metro, the LA public library, the housing agency, federal grants, weapons and technology transfers, civil asset forfeitures, and other sources, like the Dodgers, the Lakers, the developer-funded Police Foundation, and Disney. Measured against those totals, the recent cut in direct city funding — mostly reduced overtime and deferred training and Police Academy classes — is clearly #TooLittleTooLate.

Quite simply put, the time for reforms is long past. Because in addition to the racial justice issues around policing, we are living through a perfect storm of factors all rooted in the system of capitalism and settler colonialism we live in.  It is settler colonialism, not simply the stupidity and venality of the current occupant of the White House, that accounts for the fact that the US has the worst impact of the COVID-19 pandemic in the world and the least effective response, even as compared to other advanced capitalist countries or authoritarian regimes.

It is settler colonialism and its culture of white supremacy, hyper-masculinity, rugged individualism, religious justifications of slavery, war and conquest, and mistrust of science, that have produced individual and governmental resistance to simple measures of collective social responsibility and public health.

It is settler colonialism that is being successfully challenged by indigenous defenders of the land, the water and treaty rights who have recently won court decisions shutting down the Dakota Access Pipeline, and ruling that Native sovereignty over half of Oklahoma must be recognized. Across the US, the disproportionate victims of COVID have been Black people and other people of color.

In California, there is an enormous disproportion of Chicano/Mexicano/Latinx people in terms of the ages of those contracting and dying from the disease, with a higher proportion of younger people so impacted, beyond the percentage of their ranks within the population. The hardest hit group of all in California turns out to be Pacific Islanders, particularly Filipinos and Filipinas. Nationally, the worst hot spots and outbreaks are in the Navajo Nation, prisons, and poultry and meat processing plants, overwhelmingly employing migrant workers, such as here in Farmer John’s Dodger Dogs sausage factory in Vernon.

I cannot dictate a prescription about what is to be done, but I have a perspective on how people can figure out what contribution they can make to a process of reaching a solution. It is that we live in a settler colonial, capitalist, patriarchal, white supremacist empire, run by a class of people who are the enemies of humanity and the planet. Their system is causing disease, mass extinctions, and ecological devastation, and our survival depends on the complete elimination of that system, and on the extinction of that class of exploiters and oppressors, not as individual human beings, but as a class.

A free society cannot be built on stolen land. There is much discussion these days of racial capitalism, but that term mistakenly implies there is some other form of capital or capitalism that is not inherently and thoroughly racist. There is no benign, humanitarian, non-racial, “green,” or enlightened form of capitalism. Capitalism and capitalists have made it supremely and irrefutably manifest that they are incompatible not only with liberation, but with life itself.

Every action we consider, every strategy we devise, every plan or program we propose must be evaluated and calibrated based on its capacity and consistency within the effort to decolonize and to eliminate and replace once and for all the settler colonial capitalist system of exploitation, oppression and war, of racism and patriarchy, of land theft and genocide, before it does further irremediable damage to the suffering people, life forms and eco-systems of Earth, or has the opportunity to take its destructive capacity beyond this planet. If we fail in that responsibility, future generations suffering the consequences of a dying world will curse our names.

For those seeking a clearer roadmap, I would commend people to the “Build & Fight Formula” put forward by Cooperation Jackson in Mississippi:

The Build and Fight Formula

Cooperation Jackson will be developing and releasing an educational program on this transformative vision throughout July, August and September. We hope this will be a substantive contribution to the broad transformative movement in the United States and throughout the world.

This series will be 12 parts, including an introduction and conclusion and indepth analysis and discussion of each point of this 10 point program:

NOTE: The featured graphic used above is from a proposed Native liberation conference by The Red Nation, an indigenous anti-capitalist formation; the conference had to be canceled because of COVID-19, but the slogan expresses the choice facing us.