Disaster Capitalism and Privatization at Pacifica

A court in Berkeley has ordered the Pacifica Foundation to conduct a vote on a total Bylaws revision, masquerading as an amendment, and because of financial and other issues, Pacifica is unable to contest the order, brought by the same hijackers who recently took WBAI in NY off the air, replacing local programmers with piped in content from KPFK and KPFA, and seriously damaging the NY station and its fundraising until the national Board reversed the terrible decision. But now the Board has been forced to vote to forward the amendment to the Local Station Board, and potentially a vote of the entire membership.

The KPFK LSB has voted on the measure (which you can see in its entirety at http://elections.pacifica.org) at its meeting on Sunday, January 19. They voted against it by a very wide margin and also voted to urge the listeners and staff to reject the “amendment”.  The local boards of three other Pacifica stations, KPFA, WBAI and WPFW also voted against the revision. KPFT’s board, dominated by one of the bylaws revision authors, stalled and never voted on the revision at all. The majority of the national board voted to urge a “no” vote. The ultimate goal of the revised Bylaws is to eliminate the capacity of listener-sponsors to resist or reverse the “sanitizing” of Pacifica airwaves.

To defend free speech and non-commercial, non-corporate radio, and  to prevent the stations from becoming mouthpieces for mainstream neo-liberal politicians, we need to block these revised bylaws. Undermining democracy in Pacifica’s governance will inevitably lead to a final and complete purging of all radical, anti-capitalist and community-based voices, all advocacy for resistance, peace and justice, from its airwaves.

Grassroots (GCRC) and its allies emphatically urge all LSB members to reject these alternate bylaws for the following reasons:

1) They disenfranchise listeners by raising the requirement for membership, and by raising the volunteer hours requirement by a higher percentage than the cash requirement is raised. This is economically discriminatory to boot (and probably has racial and gender bias implications, given economic inequality in the US). They don’t appear to make any provision for hardship waivers (such as in the case of people with disabilities or who are incarcerated, and therefore unable to affiliate with cash or volunteer time but who are still faithful listeners who support the Pacifica mission). They disenfranchise paid or unpaid staff from serving on the board. They prevent elected representatives from the stations from serving as officers of the national board. 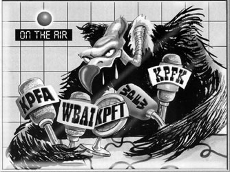 2) They turn over control of Pacifica, a multi-million dollar asset of its listener and staff members, to six outside at-large directors immediately, giving the outside at-large directors a permanent majority over the station-elected directors in their entirety. They basically allow three individuals, one from each of three of Pacifica’s  five stations, to compose and name an irreversible super-majority over a period of time.

3) The revision lowers the threshold for approval of the sale or disposal of assets to 50%+1 of a “quorum” of only 5% of the membership, instead of the current 10% quorum requirement. This clearly increases the threat and the possibility that assets will indeed be sold off as soon as the new national board is constituted (by the at-large members exclusively). WBAI, which broadcasts on 99.5 FM, in the center of the commercial part of the FM dial in the largest media market in the US, is clearly in the crosshairs of those who have been pushing these bylaws. Selling or swapping its frequency would produce an economic windfall for those in control of the rest of Pacifica, while silencing some of the most challenging and critical community radio in the country. 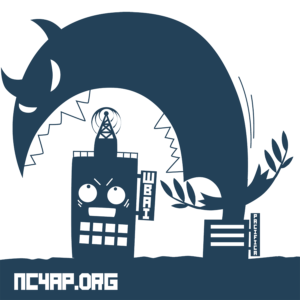 4) The “amendment” terminates local oversight of the manager, the program director and the budget, by eliminating local station boards entirely.

5) It severely limits or eliminates the possibility of diversity on the national board by restricting elections at each station to only a single director. This moves in a direction directly contrary to Pacifica’s previous commitment to proportional representation in the voting process, and to all progressive changes that are being developed in electoral processes in this country and around the world, such as multiple-representative districts. Given the dynamics of white and male supremacy and class privilege that operate among progressives no less than in the US as a whole, this is likely to result in a lack of gender balance and a board that does not adequately represent the racial, ethnic, class, gender, and political makeup of the audience we serve and that pays for the entire operation.

6) The proposal pretends that democratic governance is the cause of all of Pacifica’s ills, propagandizing for the notion that eliminating elected local boards will solve the problem. The problems Pacifica faces are deeply rooted in the steady loss of listeners and listener-sponsors, which has to do with lack of community engagement in the programming, lack of good responsive communication with listeners and among paid and unpaid staff and management (or existing governance), and falling out of touch with current community-based struggles and community needs, or with the listening styles, technology, and capacity of a new generation of tech-savvy listeners, who are accustomed to interactivity and shared content-creation in social media. While scapegoating democratic governance for Pacifica’s perilous state, it offers no solutions to any of the actual causes or other problems.

7) It empowers a simple majority of the board to remove the ED (along with any other “officer” including the CFO) at any time for any reason, thus giving the lie to the hoax that this change will promote “stability” at Pacifica. It allows the national board to change the bylaws at any time with a few weeks notice.

8) It allows board members to serve up to 7.49 years in a row, since the limit is defined as two terms, and service of less than 18 months — if elected to fill a vacancy — does not count as “a term”. Currently, national board are elected to a one-year term and are limited in their national board service by the six-year limit on LSB members. Current and former board members would also be indemnified by the Foundation in the case of lawsuits resulting from their actions, which could be very costly.

9) After the initial all-or-none, all-or-nothing vote, at-large Directors are not elected directly by listeners (who do have the power to remove them, but not to select a replacement). In addition, if voters at a station DO recall an elected station director, or members at all 5 stations remove an at-large director, the vacancy thereby created would be initially and immediately filled by the national board, not the members. This is another factor tending the board toward the same self-perpetuating status that provoked the initial lawsuits and member boycotts that eventually resulted in the adoption of democratically elected governance in the first place. There is also no mechanism for non-director membership on national board committees as currently exists with LSB delegates who are not directors serving on PNB committees. This places a great burden on the few members of the new PNB proposed, as well as further limiting oversight of and engagement with national board matters and policy proposals. This is another way the animus towards democratic electoral practices and local station boards that fuels this measure actually leads to an even less functional system of governance, where power will increase devolve into the hands of the ED, the “unitary executive” (to use a term popularized by intellectual Trump supporters). There is no mention of allowing immediate email communication with national board members during “public” streaming telephonic meetings, no mechanism for local town halls or for means of communication with the sole station director, or for on-air Q & A with at-large or station directors; in other words, no transparency and no accountability. 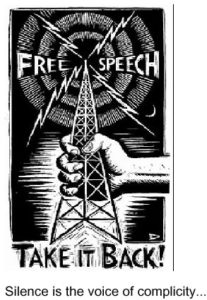 10) Despite its claim that it simplifies the Bylaws, along with decreasing the size of the national board and eliminating the local station boards completely, the draft fails to specify all the changes it is making in the bylaws, by striking out the parts it is removing and indicating the new language it is adding. This essentially recognizes that it is not a “bylaws amendment” but a bylaws revision and replacement in its entirety, and is designed in that  way to hide from the members the exact nature of all the anti-democratic changes it is making. In addition, it still contains errors, such as the following: “The election of Transition At-Large Directors shall take place under the supervision of the interim Executive Director who shall have the authority to appoint an Election Supervisor, in his sole discretion.” There is no “election of transition at-large directors” apart from the naming of the specific six embodied within this “amendment”. This is actually the first sentence in the section on the election of “transition” STATION directors, as the rest of the article makes clear, who are considered “transition” because they join the transition at-large directors (who will have had months to operate without oversight or any check on their power) and because they, somewhat randomly and akin to the transition at-large directors, will serve possibly truncated terms of one or two years, in order to stagger the terms of all 11 directors. Once this transitional process is completed, incidentally, there will be elections every year for one or two station directors. This is going to mean a big increase in the cost of elections (with unclear provisions for what amount of on-air time would be devoted to such elections) since there will need to be some form of postal mail and email notification and the need for an election supervisor and ballot count provider every year. Also, given the staggered nature of the elections around the Foundation stations, it leaves open the possibility that a substantial body of members could switch their affiliated station from year to year in an organized fashion and affect the election of directors at a number of stations in succession. Under the current bylaws, a member who donates to more than one station is flagged and must choose which station to vote at, since all five stations elect their local boards at once. Under this new system, people who have donated to multiple stations could vote for a national station director from a different station every year, and if you think such shenanigans are unlikely, you haven’t been around Pacifica long. There is also no provision for keeping money out of Pacifica elections, and we have already seen as cash flows around the network to finance glossy mailers and electoral propaganda how elections can be bought. This is all the more likely with only a single national director being elected from each station.

We urge all local station board members, and eventually all Pacifica members, to vote down these undemocratic and dangerous new Bylaws.