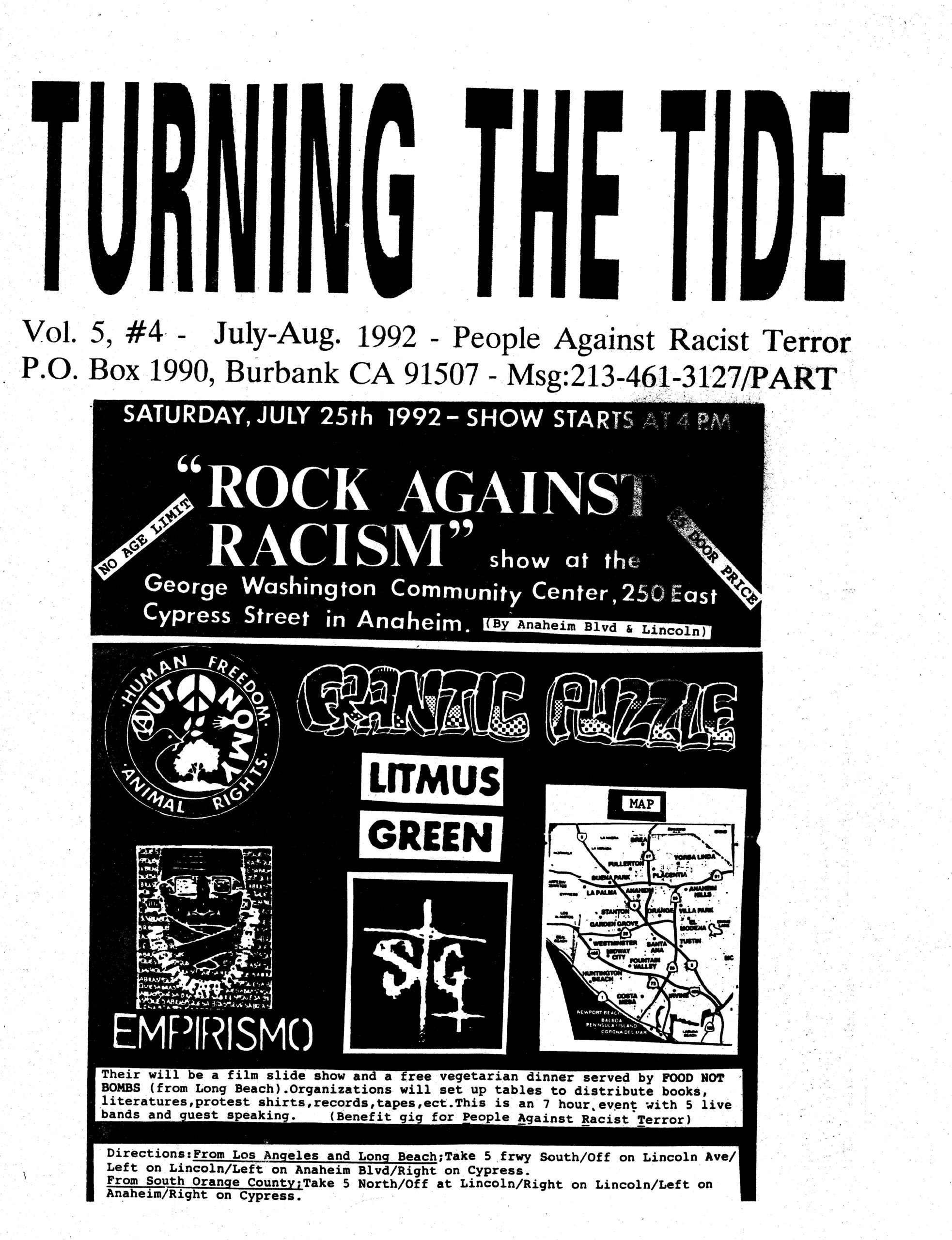 Anatomy of an Uprising

Listening to various commentators, from all across the political spectrum, talk about the L.A. uprising in the wake of the police brutality acquittals in the beating of Rodney King, is like listening to the blind men try to describe the elephant.  One holds the tail and says the elephant is like a rope; another grabs the trunk and says the elephant is like a hose; a third holds onto the leg and says it must be like a tree trunk, etc.  Each may be partially right, but substitutes the part for the whole.

Bruce Hershenson says the looters weren’t angry, they were enjoying themselves.  Some on the left say the rebellion was the first multi-racial, multi-national bread riot.  Others draw a parallel to the Watts Rebellion of more than 25 years ago.  Some attribute the unrest to the reaction to the not guilty verdicts on the cops who beat Rodney King and the slap on the wrist for Soon Ja Du, the Korean woman grocer who shot and killed Latasha Harlins, also on videotape.  Did the violence provide a catharsis and a chance for a new beginning in L.A.? Or, as others fear, did the events intensify racial animosity?  Were antagonisms between Blacks and Koreans about racism, class, or cultural misunderstandings?  Did the police stand back and let things get out of hand intentionally to embarrass the city’s political leadership?  Or perhaps just because they didn’t care to put themselves at risk to protect Black, Hispanic or Korean neighborhoods, but were caught off guard as things spread swiftly around the city?

The L.A. rebellion was many different, sometimes contradictory things at the same time.  To a certain extent, it was an outburst of Black rage against racism and injustice, against police brutality, economic deprivation and political frustration.  It was made inevitable by the unwillingness of white Angelenos to make even the most minor reforms in the police department and by the craven cowardice of the City Council’s self-satisfied majority in refusing to discipline Chief Gates for fear of his political clout with white homeowners in the Valley.  To a certain extent, it was an expression of Black hostility towards whites, Koreans and others identified as members of oppressor groups, a chance for “payback” regardless of political goals or consequences.  To a certain extent, it was an unparalleled opportunity to stock up on weapons from sporting goods stores and pawnshops.

At the same time, the rebellion was an uprising of the dispossessed “Latino” plurality, especially the super-exploited undocumented Mexicano and Central American sectors who have continued to grow in the face of the immigration “reforms” of the past few years, which have legalized a few while driving others further underground.  Simple survival for them and for many Blacks mandated taking food, diapers and daily necessities from the stores.

To a certain extent, for Blacks, Mexicanos and whites alike, the uprising was a rupture in the social fabric, of “law and order,” a chance to get something for nothing.  Plenty of Mercedes Benzes were seen driving up to electronics stores and loading up with computers and CD players.  The example of looting set by Reagan, Bush and the S&L robber barons was certainly not lost on the oppressed classes either.  The poor see quite as clearly as the rich that the ruling values of this society have nothing whatsoever to do any more with a fair day’s work for a fair day’s pay or with material success through hard work.

To a certain extent, the rebellion was the doing of the police, who spent the early period after the acquittals gloating, harassing Black youths, increasing tensions, and then retreated from the streets without making an effort to quiet communities, prevent damage to stores, or notify motorists of trouble spots.  During the unrest police killed at least a dozen people; none of these deaths are likely to result in prosecutions or even reprimands.

The uprising also reflects the failure of the left, and not only the white left, to provide effective political leadership or direction over a long period of time.  White “communists,” whether followers of Stalin or Trotsky, white anarchists, even white peace and anti-intervention activists, have operated at the margins for so long, that they had no discernible impact on the response of white people in general to the beating of Rodney King, the failure of the city’s establishment to do anything about it, or the final injustice in Simi Valley.  Black nationalists, internationalists or socialists seemed unable to transform their community’s anger into organized resistance.  As a result, the rebellion dealt with only the most immediate and visible targets and problems.  This is the context that allowed vengefulness to be directed on the basis of skin color.  Despite the fears of the elite, after the first night’s demonstrations outside Parker Center and City Hall, the unrest did not directly threaten the political and economic elite in Arco Plaza or elsewhere in fortress L.A.

In the aftermath of the rebellion, the city is trying its hardest to return to business as usual.  Many fearful whites have been arming themselves at a record rate.  The L.A.P.D. is characterizing the gang truce, the most positive recent development in the city, as a plot to increase lawlessness and a scheme directed at law enforcement.  The cops are harassing every celebration of the effort of Black youth to stop killing each other, and despite the truce have just reassigned 40 aggressive anti-gang cops from around the city into South Central.  Hopefully, this will only reinforce the understanding of those trying to heal the breaches within the Black community as to who the real enemy is.  More lives have probably been saved at this point, as the truce holds, than were lost in the uprising.  Black youth are trying to purge themselves of the self-hate they have internalized from this racist society, which has led them to kill each other.  Yet this laudable goal makes the cops, and the city’s elite decidedly uneasy.  If young Black men stop killing each other, where will they direct their energy?

Compare the hostile reaction of the political and economic elite in L.A. and the U.S. to this attempt by young Black men and women to redeem themselves and put forward a sincere program for renewal in this society, with the recent efforts of the German government to incorporate nazi boneheads into their official youth programs.  The German nazi-skins, who are still practicing and preaching virulent racism, still attacking immigrants and non-white Germans, are being given meeting halls to hang their swastikas, make-work jobs cleaning their neighborhoods, and paid counselors to run recreation programs.  The Black youth of L.A., trying to end a decade of self-destruction, are being given the back of the hand and demonized as extortionists and hooligans.

There have been some positive developments since the uprising.  A number of coalitions have been developing in the African-American community, reaching out with a revolutionary perspective to gang members and other young people.  The first authentic united front of various Asian and Pacific Islander Americans has been put together specifically to relate to the effort to rebuild L.A. and to relate to other communities.  It remains to be seen whether these and similar efforts can shift the balance of power and shape an initiative that will create the basis for effective grassroots unity, and set a new direction for L.A. and the nation.