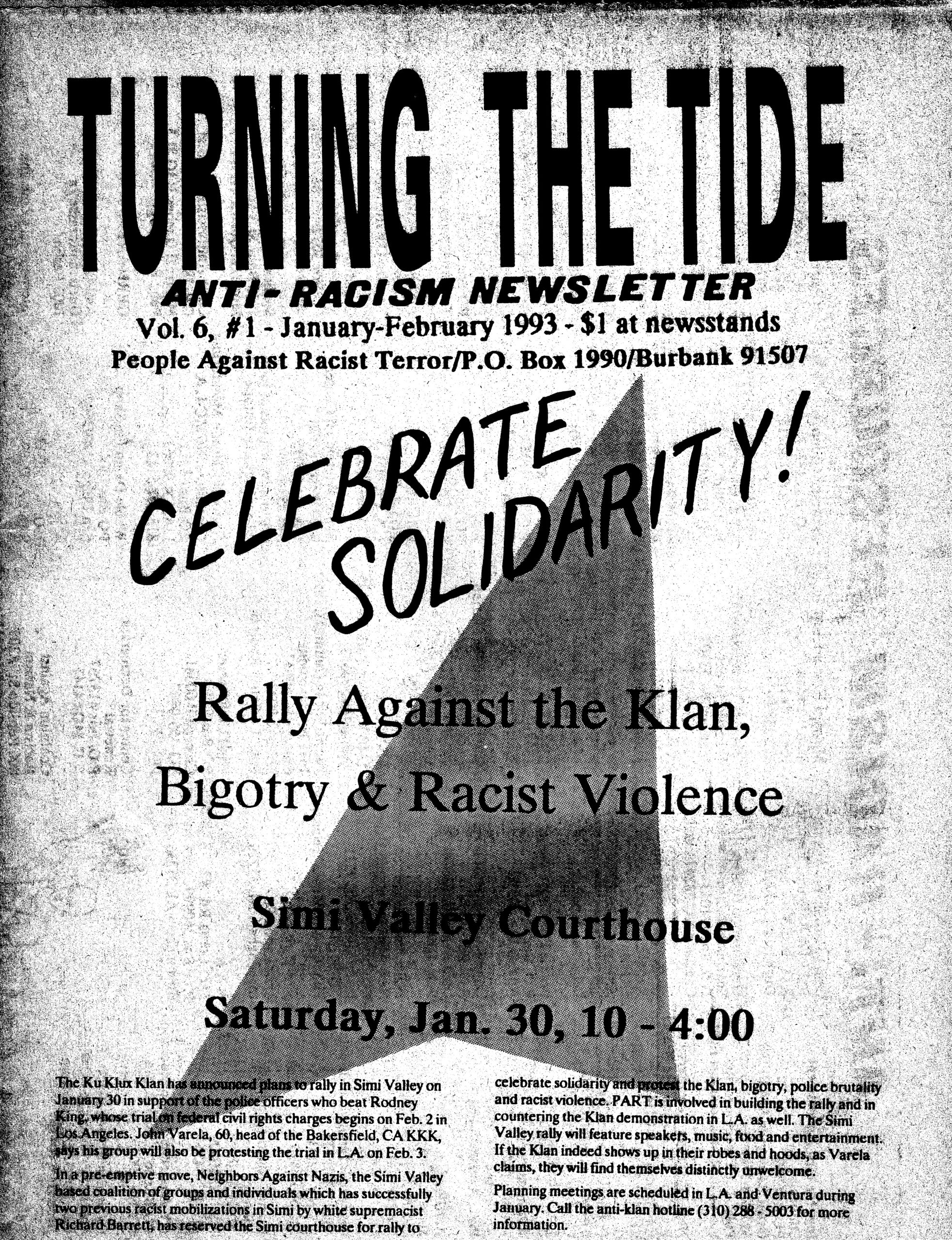 The 1992 Elections and their Consequences

The political landscape has been substantially reshaped by the November 1992 national elections.  It is a positive development that the electorate as a whole rejected the politics of hate and fear espoused by George Bush and the Republican Party, which fell substantially into the hands of the Christian Right supporters of Pat Buchanan and Pat Robertson.  But these forces were hardly set back, since Bush’s capitulation to them at the Republican convention probably marks their high point and leaves them in a good position to dominate the party as a whole. (See article on Oregon and OCA elsewhere in this issue.) Many people have affirmative expectations and hopes for the Clinton administration which are likely unfounded.

Although it will certainly differ in that will provide some of the same kind of “access” to liberals that Bush and Reagan provided to the right wing, we should probably expect as least as much continuity now as there was between the latter years of the Carter presidency and Reagan.  Just as both Carter and Reagan presided jointly over a massive military build-up and a heating up of the cold war, Bush and now Clinton are supervising a “build-down” that will not materially threaten U.S. imperial interests.  Big business is now quite interested in the “conversion” of war industries to domestic enterprise, but this is as likely to mean a build-up in the forces of domestic repression like the police and the Border Patrol, rather than an authentic demilitarization and democratization of the U.S. economy.

The choice of Warren Christopher to head Clinton’s transition team and as Secretary of State should be clear evidence of where things stand.  Christopher began his public service career as co-chair of the commission headed by the former CIA chief John McCone to “investigate” the Watts Rebellion in 1965.  He parlayed that expertise into assignments under Lyndon Johnson as coordinator of federal efforts to suppress the Chicago and Detroit uprisings, acting as liaison between the U.S. Army and local police to suppress the enflamed response to the killing of Martin Luther King.  A long-standing corporate lawyer who headed O’Melveny and Meyers, a powerful, union-busting law firm that is a linch-pin of the power elite in L.A., Christopher’s most recent service was in the Commission that managed to defuse the mobilization that followed the police beating of Rodney King into a call for a few insignificant reforms.  That derailment of community organization and empowerment, as much as the subsequent acquittal of the police who beat King, led to the L.A. uprising of last April/May.

The third-party racist and right wing candidacies of “Bo” Gritz and Lyndon LaRouche fared quite poorly in the election, eclipsed as they were by the unprecedented independent campaign of Ross Perot, who tallied nearly 19,000,000 votes.  (Perot did not carry any states, but came in second in a couple.)  Gritz and his America First/ Populist Party campaign amassed nearly 100,000 votes on the ballot in about 19 states.  LaRouche received only about a quarter of that total.

Gritz scored his biggest tallies in Louisiana (home of David Duke), Utah, where a strong extremist element has been recently purged from the Mormon Church, and Idaho, where he capitalized on his “negotiations” on behalf of white supremacist Randy Weaver in his stand-off with the feds.  In his native Nevada, Gritz only drew about 2,800 votes.  He has announced his intention to move to Idaho and run for governor.  Here in California, Gritz was not on the ballot, although there was a write-in campaign on his behalf, after the American Independent party, which has usually backed the Populists, instead gave their ballot line to arch-conservative Howard Phillips. (Phillips got a bit over 10,000 votes in California and bit less than 40,000 nationwide. Joe Fields, the long-time nazi from the Harbor area who runs the Populist Party locally in L.A., ran on the American Independent ticket for a state assembly seat from the Long Beach-San Pedro district against a conservative Republican incumbent.  He drew about 5,000 votes, presumably winning some support from the local Croatian community with which he claims affiliation.  Interestingly, the district was carried by a Democratic challenger, a former LA teachers’ union official, Betty Karnette (though her margin of victory was greater than the votes Fields siphoned off from the Republican).  Two “campaign workers” for Fields showed up at the home of an anti-klan organizer far outside Fields’ district