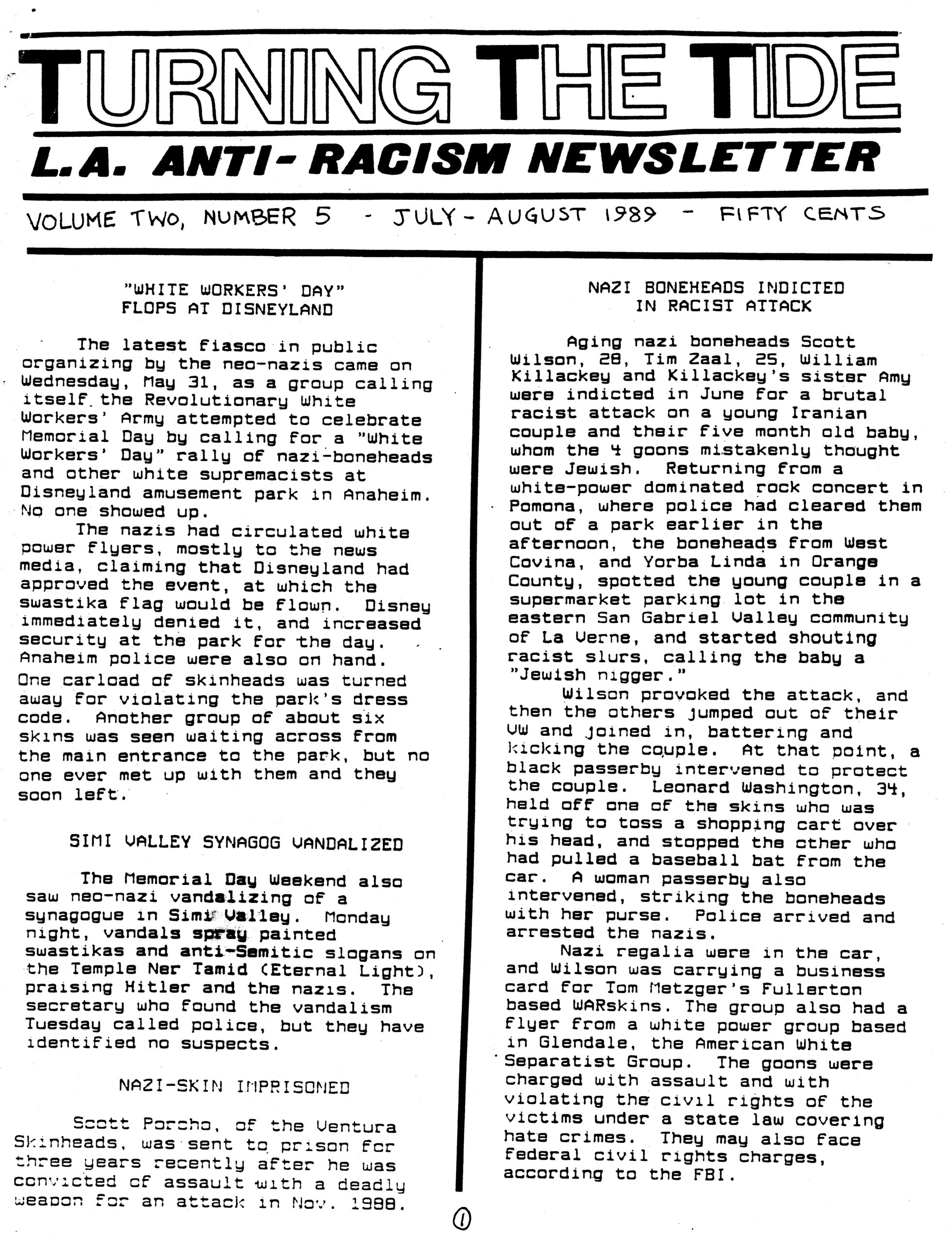 P.A.R.T. tries to make a distinction between “racism” and “prejudice”.  Prejudice is a problem of individuals, often psychologically rooted in a lack of self-esteem, and a corresponding need to put someone else down so you can feel “superior.”  But racism is much more than this; it is a system, a set of relations between nations and groups of people, based on the denial of a decent life or even life itself to one group so the other group can enjoy privileges.  In U.S. and world history, racism is rooted in a process of colonialism, conquest and slavery on the basis of skin color.  Racist thinking and ideas were encouraged in people to justify and enforce this system by dehumanizing its victims.

When we say racism is white people’s problem, it’s in this sense: that the powerful groups that have created and benefited from this system have always tried to convince all white people that it’s in their advantage to participate, because that makes us superior to other races.  This is a process that exploits prejudice and fear.  It is similar to the way kids with a weak sense of identity and self-respect get manipulated and organized by the nazis, WAR and the KKK as shock troops or a power base.

But too many white people have always bought this.  Because racism is designed to put white people on top, we have a special responsibility to oppose and uproot it, not because we pity Black people, but for the sake of our own humanity as well as those off all people, and for the sake of a decent future.  No one can be free while continuing to identify with their own and others’ oppressors.   We believe there is only one race, the human race; but the way for the human race to unite is to recognize and overcome the oppression created by the very real system of racism.

The U.S. is not the only race conscious society on the planet.  We can see fighting in many countries, involving the Sikhs, the Tamils, the Hindus, the Moslems, the loyalists and the Republicans in Ireland, and so on.  But based on the slogan, “Think globally, act locally”, P.A.R.T. is composed of white people trying to do what we can about a big problem right here that we can and should deal with.  Mostly,we think anti-racist action involvesnot so much fighting with committed racists, as in carrying out education and organizaing to prevent people from becoming hard-core racists in the first place, and in challenging the racist economic and political power structure.

The issue of the use of force by the anti-racist movement is a complicated one.  Nazis often try to use physical violenceto isolate and intimidate anti-racists.  At certain times, we believe that the tactics of non-violence are correct, especially when that draws a clear distinction and helps to organize people into active opposition to nazis.  On the other hand, P.A.R.T. upholds the right of people being victimized or attacked by the KKK and other racists to defend themselves and fight back.

Using weapons like knives and guns, which introduce an element of life and death, is very serious.  It’s always been easy for infiltrators and provocateurs to try to sabotage people’s movements and anti-racist activity by trying to identify and involve the most militant people in unprincipled, illegal activity.  People shouldn’t carry guns or similar weapons unless they know very well who they are with, and how, why and when to use weapons, and are prepared to do so effectively, to deal with a life-threatening situation.  This means more than simply technical training in proficiency, but political and personal development and consciousness raising.  Many people quickly turn into the opposite of what they claim to be when they are armed, and go on a power trip of their own.

We hope this helps clarify “where we stand” and would be delighted to get letters or calls about these or other issues.  We also want to thank those of you who’ve been communicating about your activities and developments in your areas, and we’ll try to keep sharing it with the readers of T.T.T.